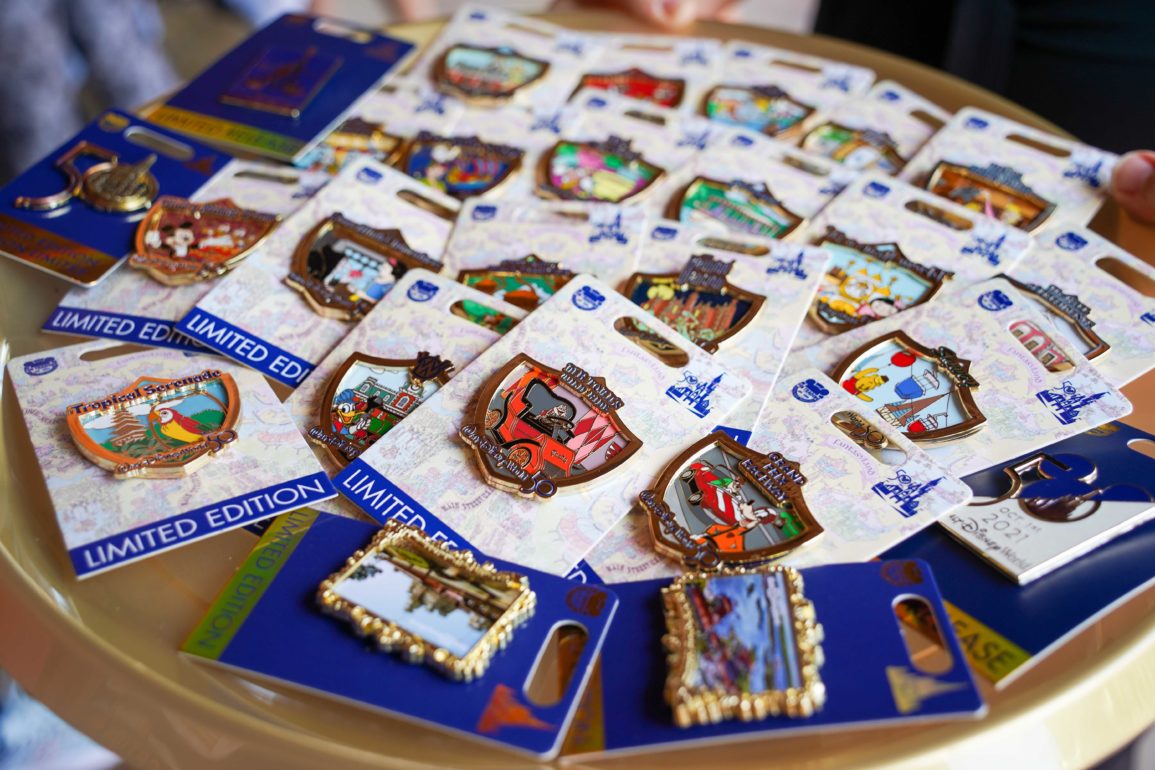 PHOTOS: Step Back in Time With Opening Day Attractions Pins for the 50th Anniversary of Magic Kingdom

It’s the 50th anniversary of the Magic Kingdom and to celebrate, there have been new foods, new experiences, and new merchandise galore. Among them are these new pins, each one immortalizing an opening day attraction or landmark from 50 years ago.

Take a look at each of these pins that are available today from Frontier Trading Post. Each pin is LE 2000 and is available for $24.99.

The Grand Prix Raceway is now known as the Tomorrowland Speedway.

And the Frontier Shootin’ Gallery is now known as the Frontierland Shootin’ Arcade. It just recently reopened for the 50th anniversary.

The Haunted Mansion is, of course, still a fan-favorite attraction.

This Skyway pin has Winnie the Pooh floating with a balloon among the gondolas. The Skyway may be no more, but the Disney Skyliner lives on.

The Three Little Pigs are featured on this pin, with a drum float beside them.

The “main entrance” was listed as an attraction on opening day. Tinker Bell is featured on this pin.

Chip and Dale are collecting acorns beneath the treehouse on this pin.

Mickey’s PhilharMagic now plays in the theater where Mickey Mouse Revue, an animatronic-based attraction, once lived.

Snow White’s Adventures saw several changes over the years before being demolished and replaced with Princess Fairytale Hall. Versions of the attraction live on in the original Disneyland Park, Disneyland Park in Paris, and Tokyo Disneyland.

On opening day, only the Main Street, U.S.A. station was in operation. Unfortunately, the railroad is not running for the 50th anniversary today as construction of TRON Lightcycle / Run continues to obstruct the track.

Mr. Toad’s Wild Ride closed in 1998 and was replaced by The Many Adventures of Winnie the Pooh. An updated version remains in operation at Disneyland.

Will you be adding these opening day attractions pins to your shopping list? Let us know in the comments below.

Next
PHOTOS: New Ramps Installed on Ferryboat Dock Outside the Magic Kingdom