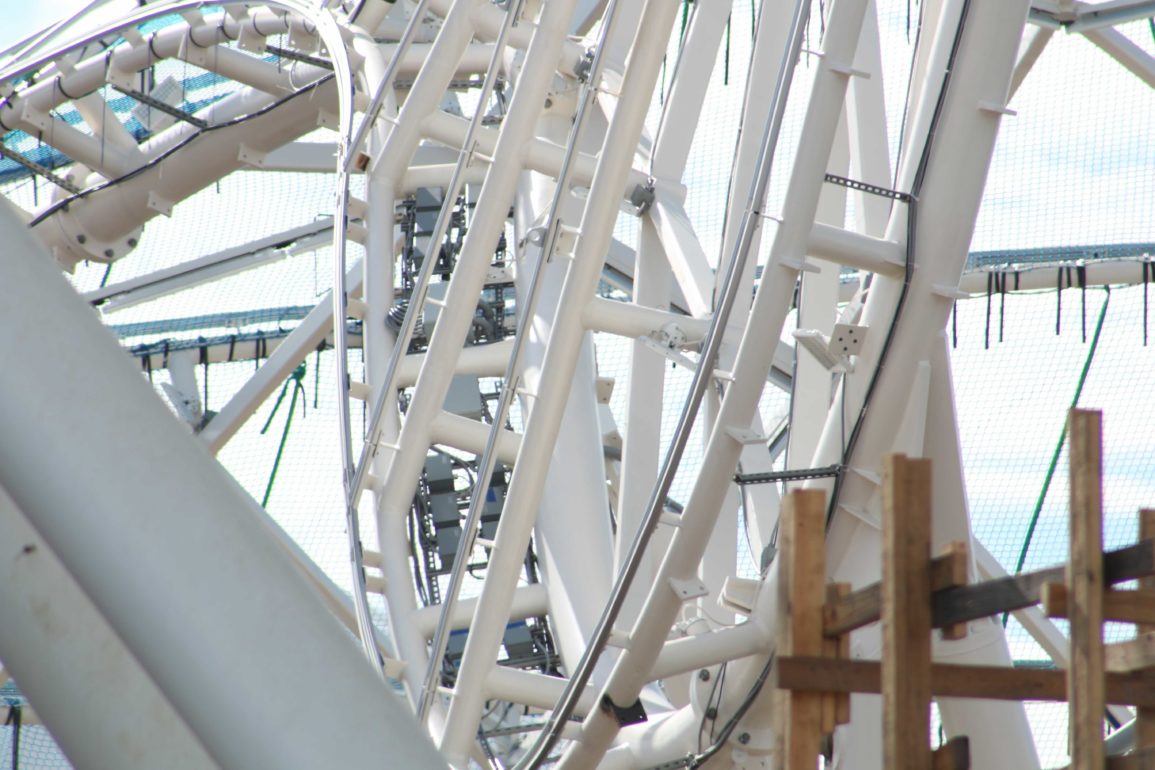 While we don’t know when TRON Lightcycle / Run will finally open at the Magic Kingdom, it may not be too long before it lights up the park skyline.

Work is well underway on the illuminated canopy, as construction workers were spotted seemingly installing the wiring that will help light the attraction’s exterior.

Wires could be seen attached to the coaster track.

The wires are likely to power the LED panels that will provide a colorful display as riders race around The Grid.

Below, you can see how the completed structure looks at its sister attraction, TRON Lightcycle Power Run in Shanghai Disneyland.

Elsewhere, workers were sighted on the mystery structure going up next to the Walt Disney World Railroad tracks.

Cranes were delivering materials to the upper floors, though we couldn’t tell what work was specifically being done.

As we noted in our last report, the structure has been sprayed down with concrete, though little has changed since then.

Some workers were spotted at the tunnel that transitions from the outdoor to the indoor portions of the ride.

We can see from the Tomorrowland Transit Authority Peoplemover that more of the blue covering is being rolled up, possibly in anticipation of panel installation.

Over on the far side, near the Tomorrowland Speedway track, we could see people working on what appeared to be landscaping underneath the track.

Some equipment has been staged in the area outside the Space Mountain building, which looks to be getting some work done itself.

While it may be a while yet before we enter The Grid (even if the ride vehicles have already arrived), it’s clear that a wide variety of work is being done to get this attraction ready for guests.

Next
VIDEO: We Did Whatever Disney Genie Told Us To Do at EPCOT