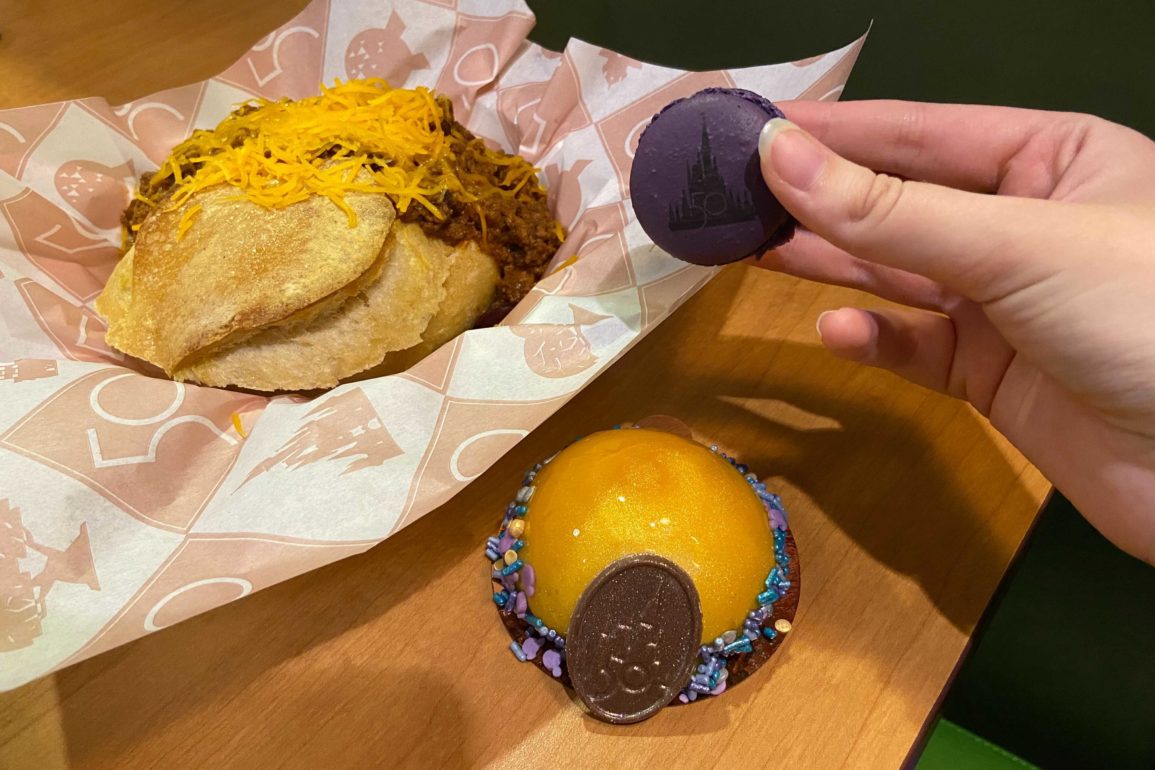 As the Walt Disney World 50th anniversary celebration continues, you can get a taste of Walt’s favorite Chili at Disney’s Pop Century Resort. Several celebratory desserts are also available.

We found the chili to be a little spicy in the initial bite, followed by a bigger kick a moment later. It is very meaty, with the occasional texture and taste of beans. We were looking forward to the cheese on top. They sprinkled plenty on it, but we couldn’t taste it at all.

The sourdough bread is yummy. The chili soaks into the bread, and that balances the spice. It’s a pretty decent portion for only $9.99. If you like chili, this is a pretty good option.

The glaze tastes like lemon. The menu says the glaze is champagne-infused, but we didn’t get that taste at all. The glaze did balance the raspberry taste for a good combination.

The sprinkles are cute but didn’t add any flavor. The cookie at the bottom was totally disintegrated before we had a chance to eat it.

This is the same 50th Anniversary Macaron that is available at Disney’s Old Key West Resort. We reviewed it earlier this week.

New Mulan, Spring Break 2022, Droid Depot, Winnie the Pooh, and 50th Anniversary Pins at Walt Disney...February 22, 2022
Celestial Eson Will Be Villain of Guardians of the Galaxy: Cosmic Rewind at EPCOTApril 15, 2022
Tables and Chairs Added to Connections Café and Eatery as Restaurant Nears Opening at EPCOTApril 8, 2022