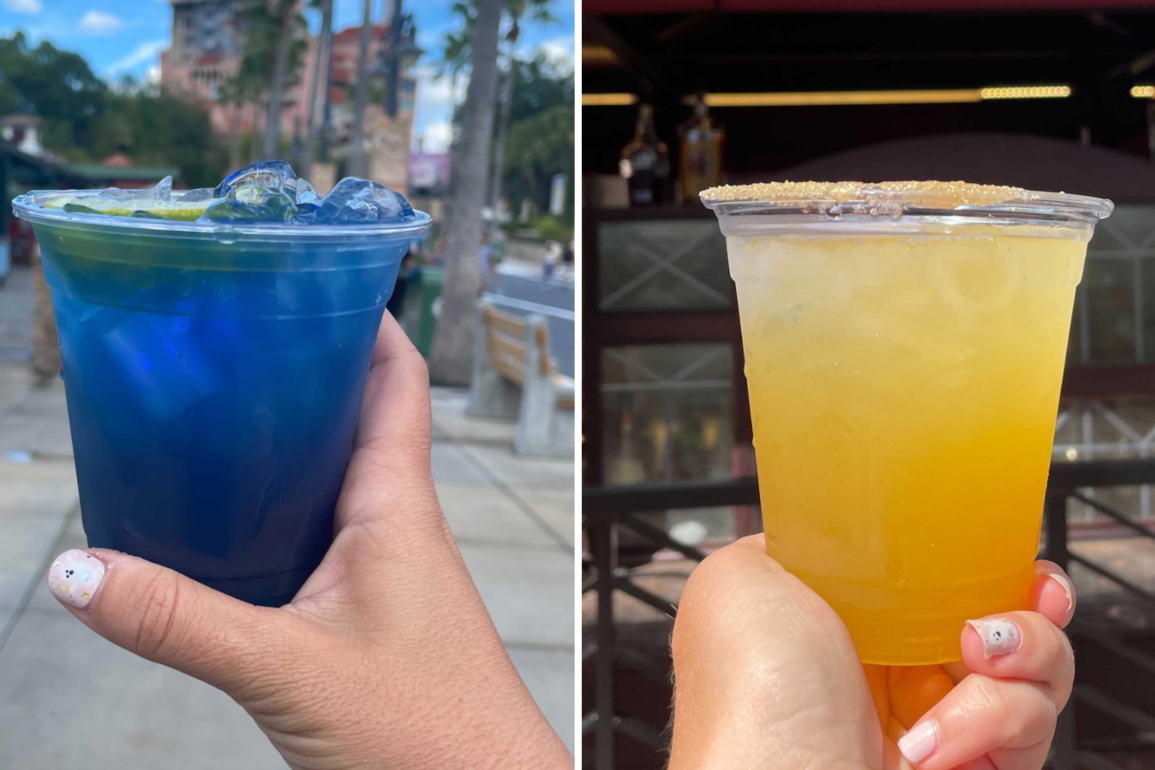 We tried the bar’s Sweet Poison cocktail this summer. The Shimmer Over the Moon is also available at The Hollywood Brown Derby Lounge, Oasis Canteen, and Animation Bar. The Magical Beacon Cocktail is available at select table-service restaurants, lounges, and pool bars throughout Walt Disney World Resort.

This cocktail is named for the Beacons of Magic that each park icon will turn into at night. It tastes like a refreshing lemonade with syrup.

This is like an apple pie in a cup, which is to say we only tasted the apple pie moonshine. There was no taste of pineapple or club soda.

There was a shimmering cinnamon and sugar rim, which was a nice touch, but it was only on a quarter of the cup.