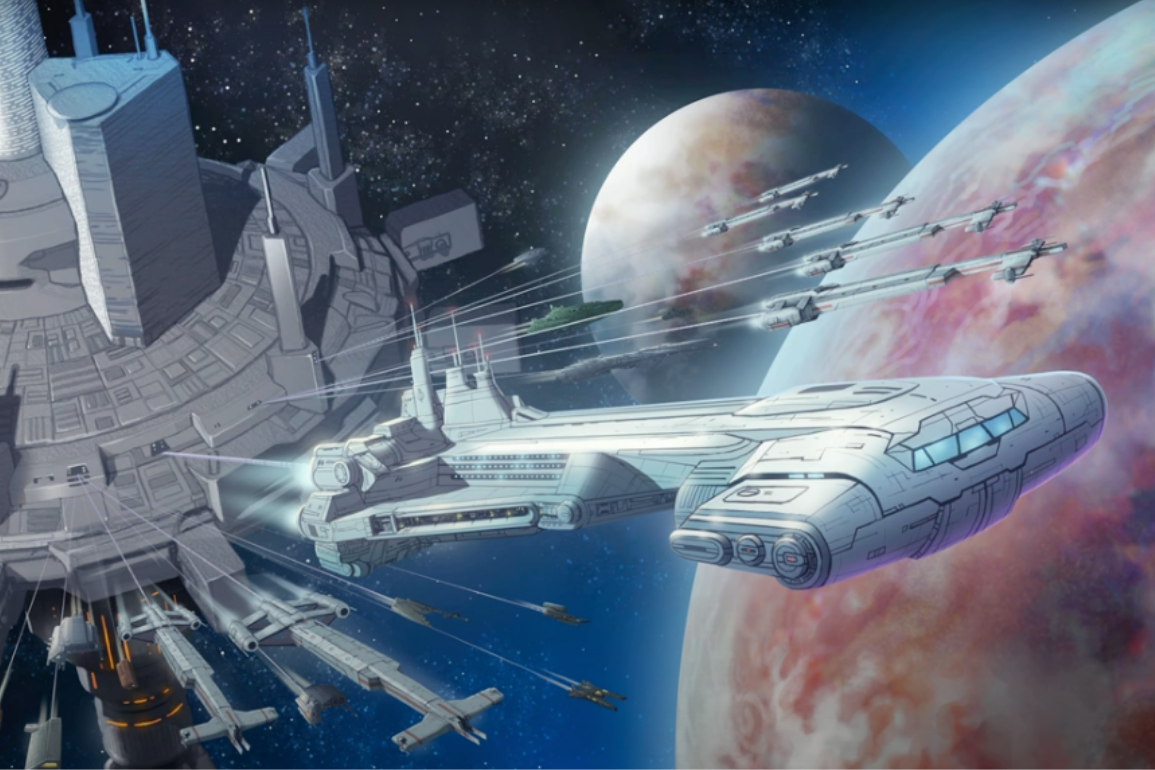 At Destination D23, many more details were revealed about Star Wars: Galactic Starcruiser, including the backstory of the Halcyon ship itself.

The Halcyon was built at the same Corellian Engineering Company shipyard as the Millennium Falcon. It and its sister, Wanderlight, were created by Shug Drabor.

The Halcyon’s maiden voyage took it to Batuu in 3036 LY and Star Wars: Galactic Starcruiser recreates that journey in honor of its 275th anniversary in 3311 LY.

The Starlight Beacon space station was created to help connect the Republic to the frontier worlds. This was the destination of one of the Halcyon’s early voyages. While the Halcyon was there, Starlight experienced a system malfunction. The Halcyon was able to help transport Starlight to a world in need.

Not long after that, a Jedi Padawan (Burryaga) and his Master (Nib Assak) were on board and helped thwart a plot by the Nihil, enemies of the Jedi, trying to take down the Halcyon.

Just a little bit before “The Phantom Menace,” the Halcyon was a casino ship run by the Hutts. During that time, bounty hunters Aurra Sing and Zam Wesell were onboard working as protection for a rich gambler.

About a decade later, during the time of “The Clone Wars,” Padmé and Anakin Skywalker were on board trying to uncover a conspiracy involving a Republic senator.

After the fall of the Republic, the Halcyon was under Imperial control. It was used as a sort of retreat for important Imperial officers. During this time, Lando and Hondo performed a heist trying to liberate priceless jewels from the Imperials on the ship.

After the fall of the Empire, Chandrila Star Line was created and was the home of a honeymoon for “a very famous Star Wars couple.” We have since learned that this couple is Han Solo and Princess Leia. That story will be told in “Star Wars: The Princess and the Scoundrel” by Beth Revis.

You can read some of these stories from the Halcyon ship in Marvel Comics’ “Halcyon Legacy” and “The High Republic” series, which has its first Halcyon-related installment coming out in January.