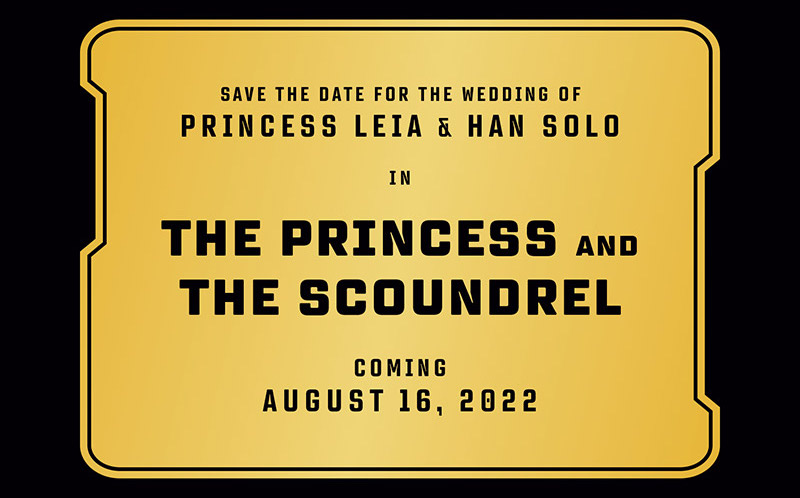 “Star Wars: The Princess and the Scoundrel,” a new novel by Beth Revis, will be hitting shelves on August 16, 2022. This new “Star Wars” novel covers the wedding and honeymoon of Princess Leia and Han Solo. As revealed in the announcement by StarWars.com, it turns out the couple honeymooned on the Halcyon starcruiser, a.k.a. Star Wars: Galactic Starcruiser — and it sounds like their trip was interrupted by Imperials.

Here is the description of the book: “Set just after the events of ‘Star Wars: Return of the Jedi,’ the story begins on the forest moon of Endor, where Han proposes in the elation of the rebel victory against the Empire. After a ceremony at the site of the victory celebration at the end of the film, the newlyweds depart for a honeymoon aboard the Halcyon starcruiser, the luxury vessel at the heart of the new Star Wars: Galactic Starcruiser experience at Disney World Resort. In their most desperate hour, with the war still raging but the Empire nearing its last gasp, the couple must outwit the Imperial remnants clinging to power.”

Guests staying at Star Wars: Galactic Starcruiser will also have their trip interrupted, this time by the First Order. Read about some of the activities that will be available onboard.

Are you excited to read “The Princess and the Scoundrel” this summer? Let us know in the comments.