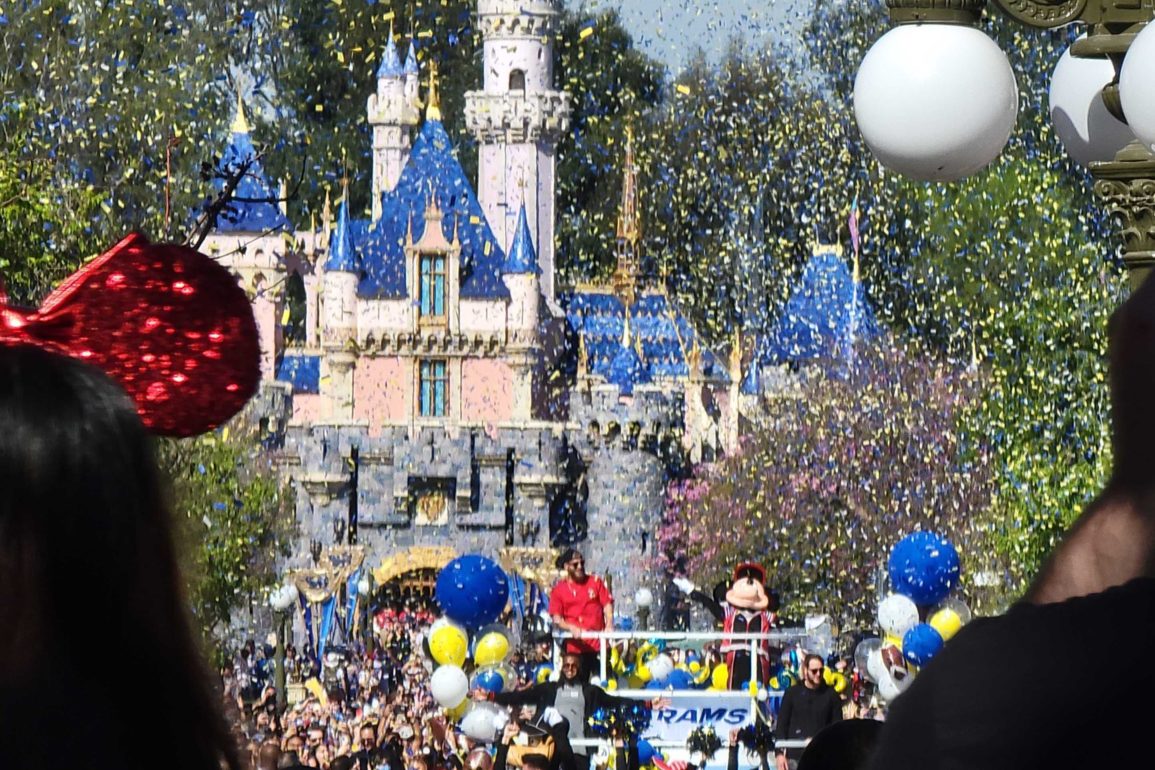 It’s tradition for players to visit one of the Disney Parks following a Super Bowl win and appear in a cavalcade or parade. Following a victory against the Cincinnati Bengals, Los Angeles Rams MVP Cooper Kupp, Quarterback Matthew Stafford, and Aaron Donald kept the tradition going with an appearance at Disneyland today.

A cavalcade was held for the champions at 1:30 p.m.

Minnie was dressed in a cheerleader uniform. Donald, Goofy, Chip, and Dale dressed as referees.

The players rode a float decorated with the LA Rams logo and football-themed balloons.

Donald and Stafford were on the first level of the float, while MVP Kupp stood on the higher platform along with Mickey Mouse.

Blue and yellow (the colors of the Rams) confetti rained down on the players.

Watch a video of the cavalcade below.