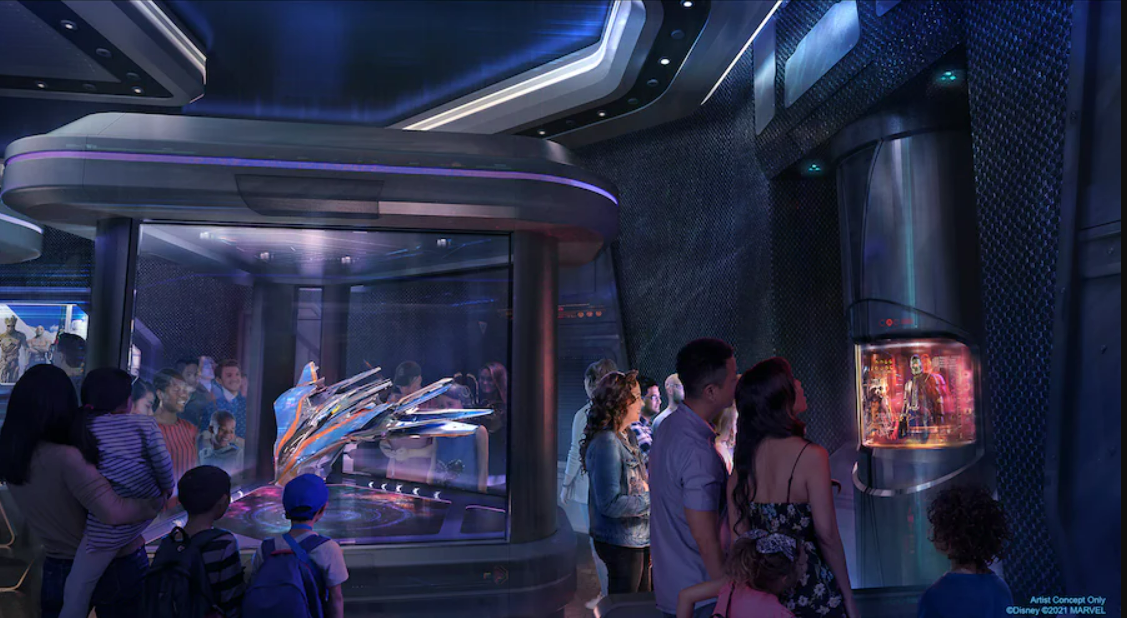 BREAKING: Guardians of the Galaxy: Cosmic Rewind Will Open Summer 2022 at EPCOT

Guardians of the Galaxy: Cosmic Rewind will open in summer 2022 at EPCOT. The announcement was made at Destination D23 this morning.

The indoor roller coaster was initially announced in 2017, but its construction was one of many projects delayed during 2020. After it failed to make its original goal of opening before the 50th anniversary of Walt Disney World, it was confirmed to be on the schedule for 2022.

The franchise’s stars, including Chris Pratt, Zoe Saldana, and more, will return for the attraction. The footage began filming under Director James Gunn in October. It was also confirmed today that Glenn Close will reprise her role as Nova Prime for the attraction.

For more about the upcoming Wonders of Xandar Pavilion (where the attraction will be housed), check out the recently leaked blueprints.