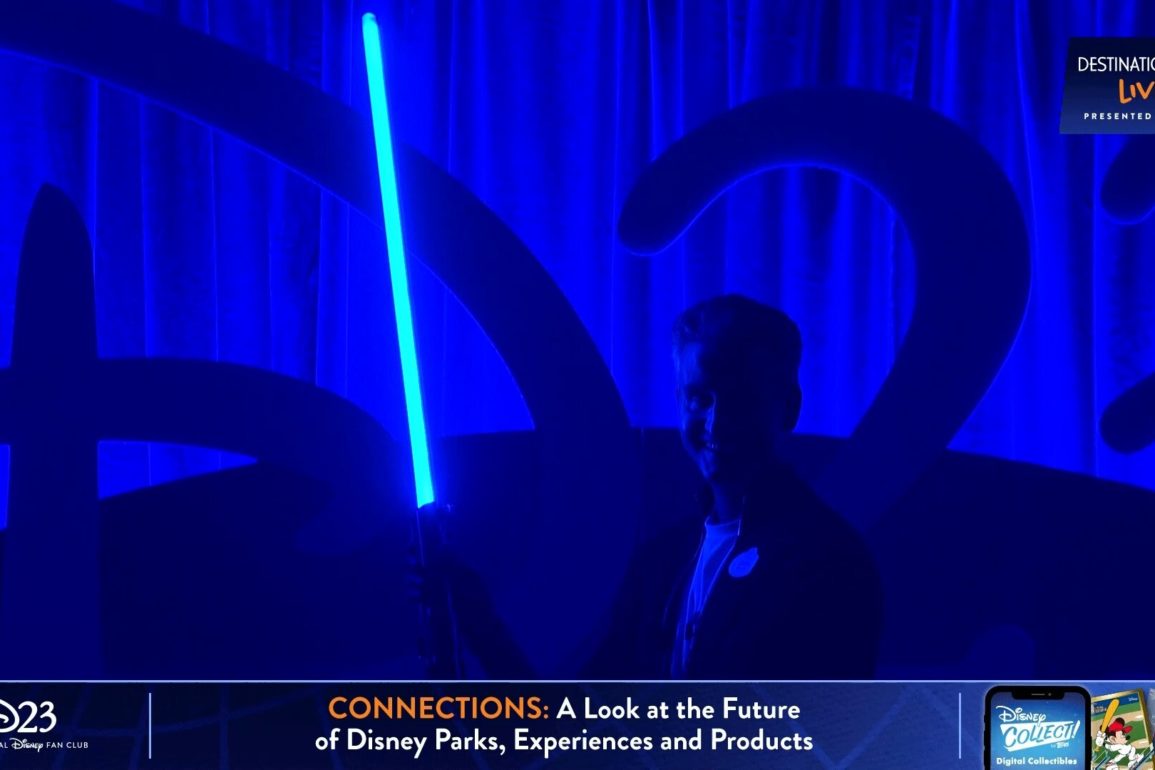 The first live demonstration of Disney’s “real” lightsaber took place at Destination D23. The lightsaber is a first-of-it’s-kind and will only be seen by guests of the Star Wars: Galactic Starcruiser.

Though Disney recently confirmed the lightsaber will not be for sale or use by guests, it will be wielded by characters aboard the Halcyon. We’ve seen it wielded by Rey in a short video, but it’s possible other characters, such as Kylo Ren, will also use the impressive technology.

The lightsaber is colloquially called “real” by fans because, unlike other Disney lightsabers, the blade appears to actually extend and retract.

D’Amaro confirmed again that this lightsaber will not be wielded by guests, but he did offer a preview of the lightsaber experience onboard that guests will be able to participate in.

Next
BREAKING: Guardians of the Galaxy: Cosmic Rewind Will Open Summer 2022 at EPCOT