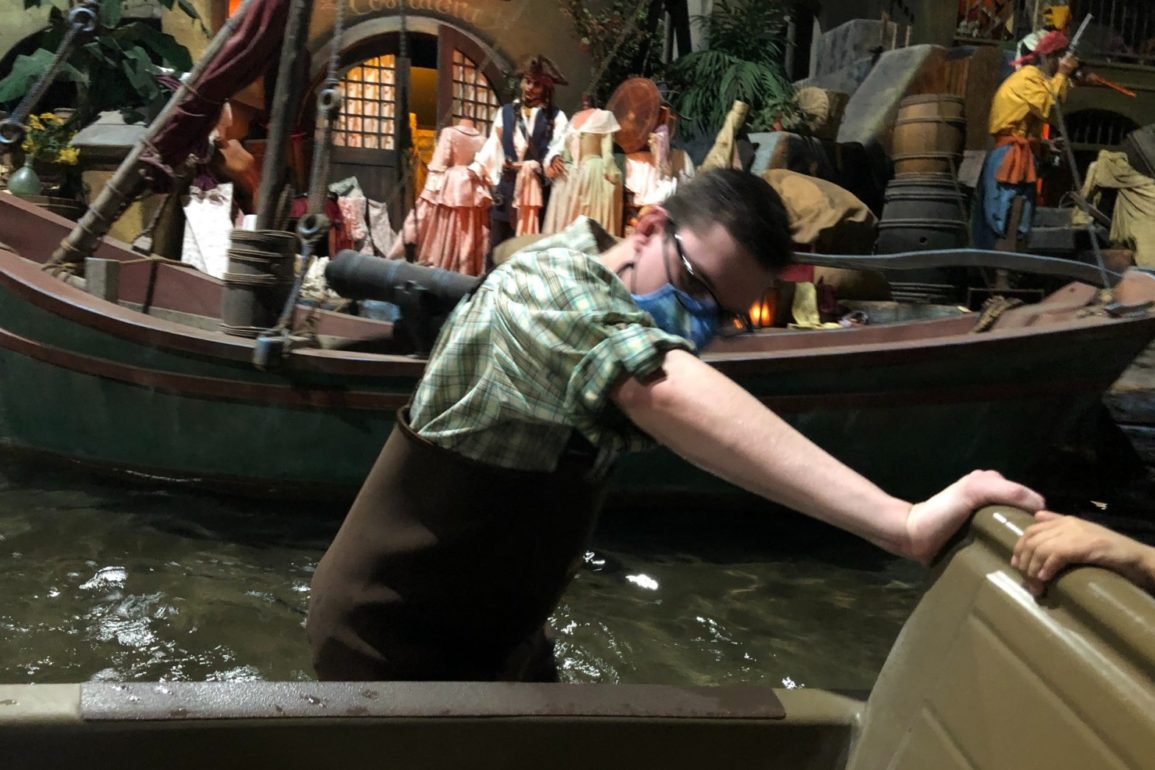 Guests riding Pirates of the Caribbean at Disneyland Park on Halloween night got a trick rather than a treat. The popular attraction broke down for nearly 90 minutes Sunday, October 31.

According to a report in The Orange County Register, Cast Members had to wade into the water to push loaded boats to evacuation points. The Cast Members wore neoprene waders to enter the water.

The unplanned downtime happened at approximately 6:00 PM. After trying to restart the ride system for 30 minutes, the evacuation began. The Orange County Register also reports that the Disneyland fire department assisted with the evacuation.

After exiting backstage, guests were given two MaxPass-style passes for any attraction except Star Wars: Rise of the Resistance and Haunted Mansion Holiday.