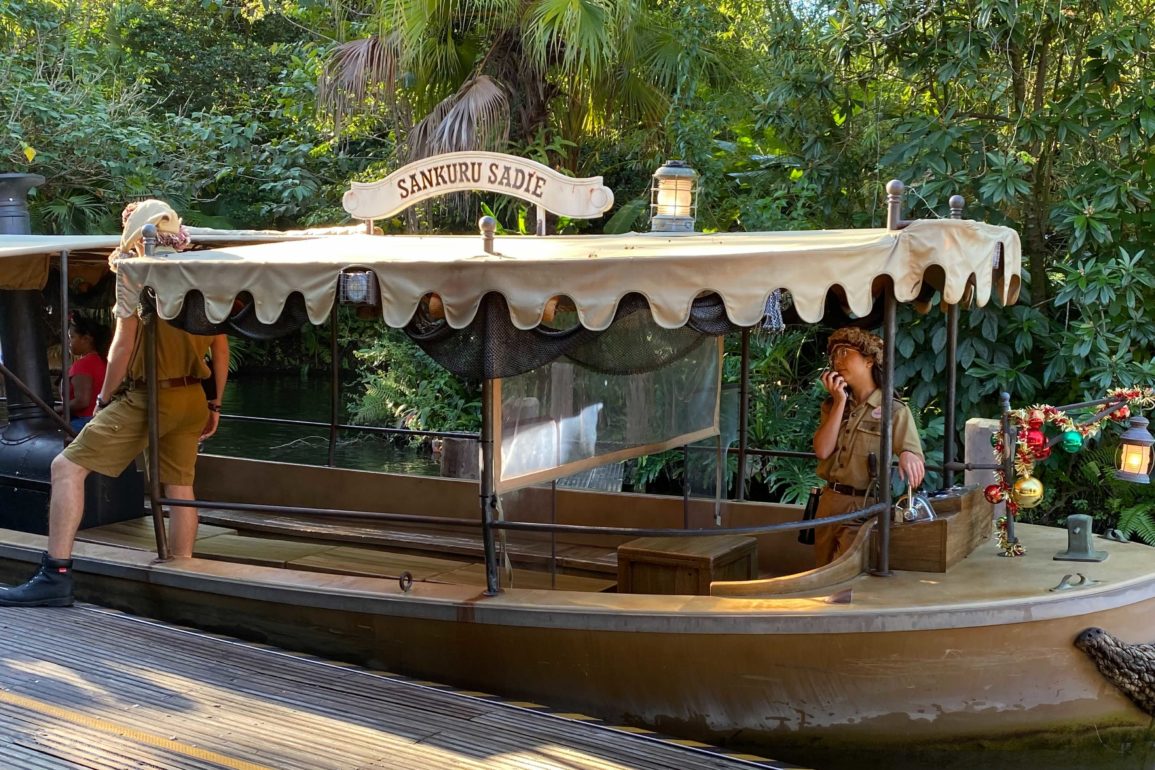 The Jingle Cruise has come home for the holidays to the Magic Kingdom, making use of the new culturally-sensitive scenes for refreshed jokes. But there seems to be adjustments still being made.

The Sleigh Ride Sadie has had its signage removed. The name overlay featured a spear just a few days ago, as seen below:

Currently, the Sankuru Sadie signage is visible, though it’s very likely a new sign will be installed in the near future. The rest of the boat still has its holiday decorations.

Earlier this year, skull-topped spears were removed the “ambush” scene in an effort to combat stereotypes. Eventually, the hut from the scene was converted to a “Boats & Baits and Bites” shack.

Keep reading WDWNT as we keep an eye on Sankuru Sadie.