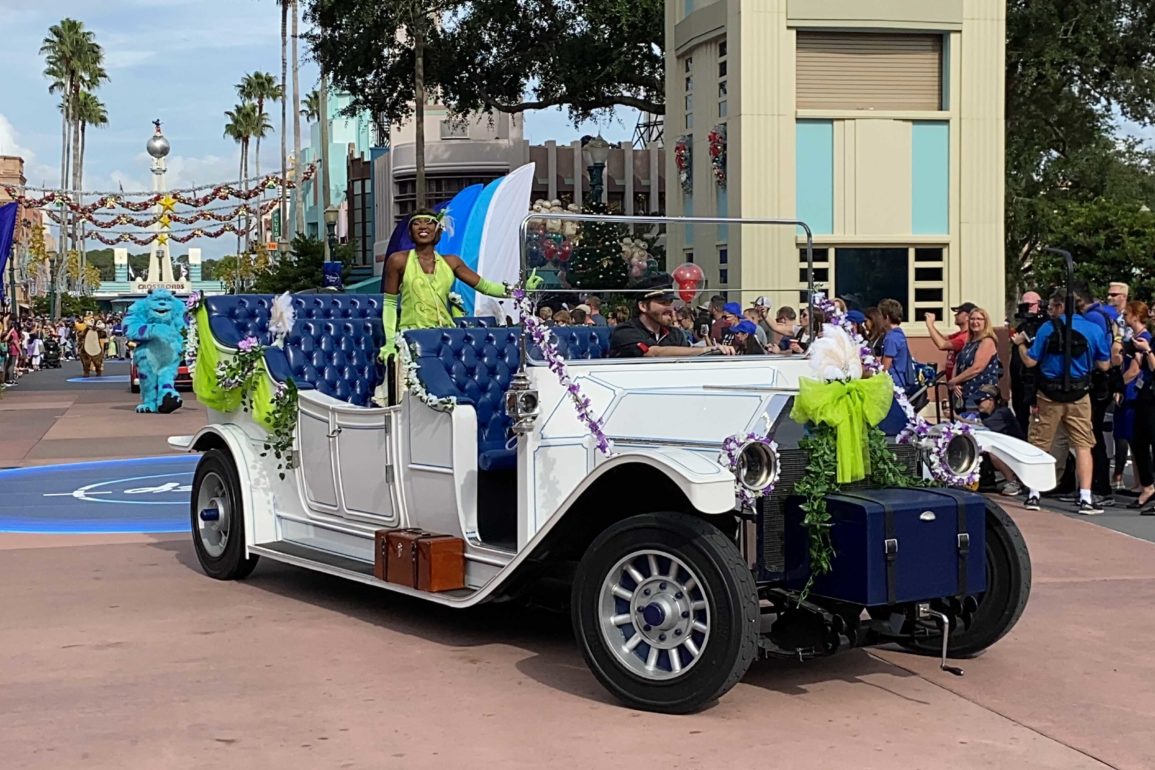 Tiana, in her flapper dress, was close behind.

Tiana was followed by Russell and Dug from “Up” plus Sulley from “Monsters, Inc.”

Sully can be seen daily in the Pixar Motorcade, but Dug and Russell are special for Disney+ Day.

After that, the cavalcade was the same as the regular Mickey & Friends Motorcade that occurs daily.

Minnie is close behind in her polka-dotted car.

Chip, Dale, Pluto, and Goofy stroll down the street.

In his red convertible, Mickey is the last to go, followed by two more Cast Members with another Disney+ Day banner.