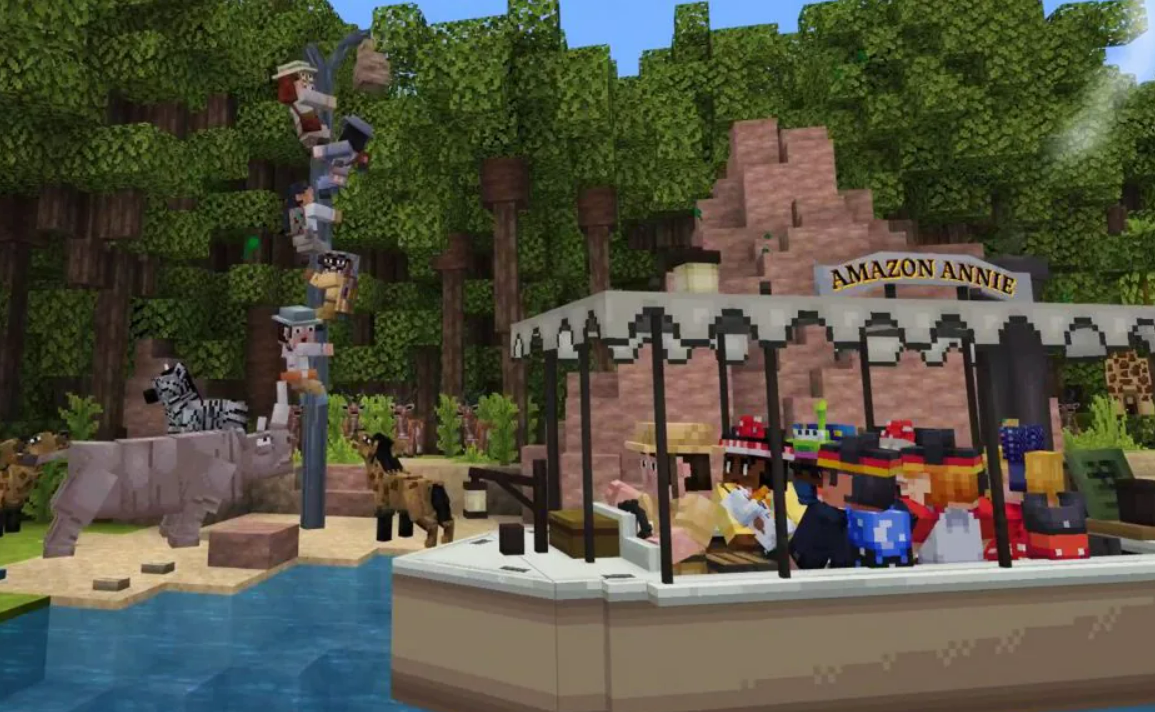 Minecraft players can now visit the Magic Kingdom to celebrate its 50th anniversary in-game! The downloadable content pack gives players an explorable replication of the Magic Kingdom with classic characters and attractions.

The pack also includes 25 character skins, including Mickey and Minnie in their EARidescent 50th anniversary outfits. 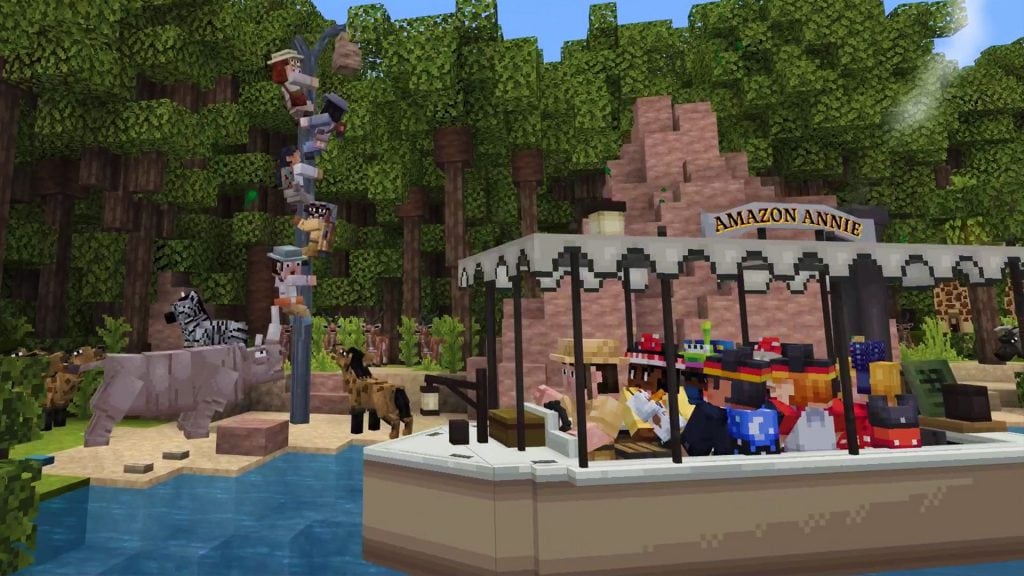 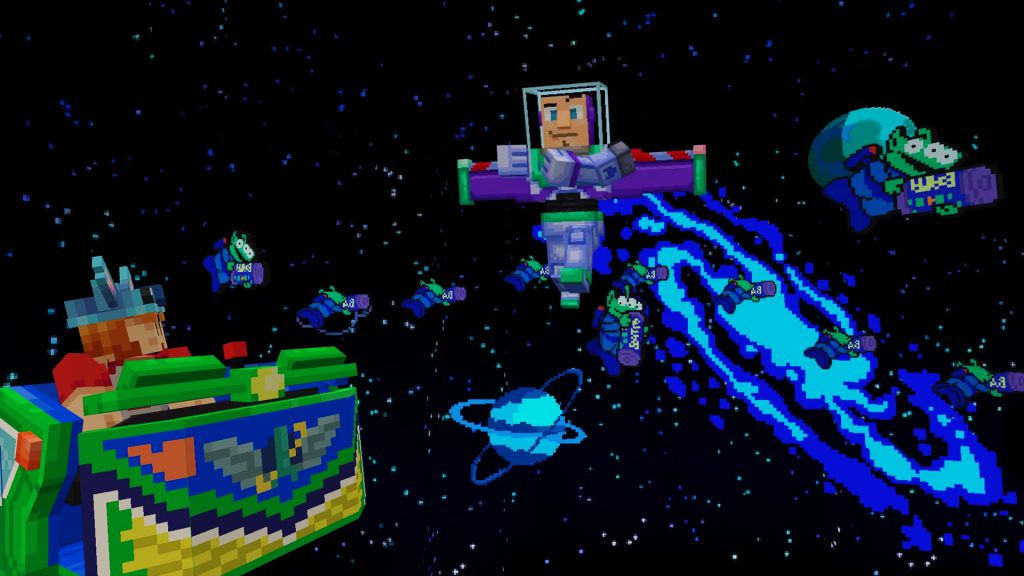 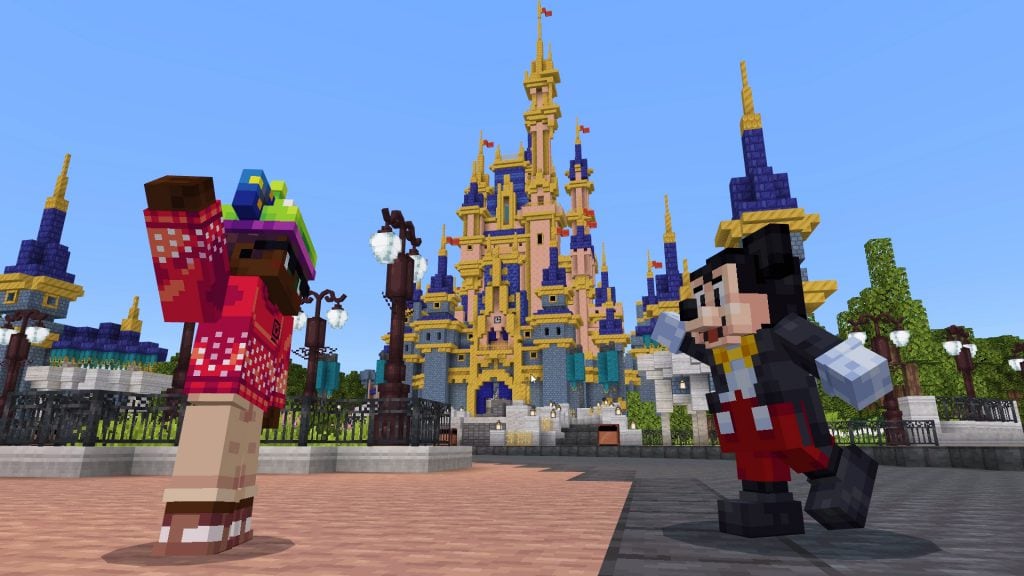 You can meet 25 Disney and Pixar characters and collect their signatures in a virtual autograph book! Disney Cast Members will be there to help you along the way. Walk down Main Street U.S.A., and you might find the Dapper Dans strolling along. Be sure to look out for over 20 souvenirs and wearables, including Spirit Jerseys and Mickey Mouse Ear Headbands, as well as 20 different iconic Disney Parks food and drinks like Mickey’s Hot Chocolate and Pineapple DOLE Whip Cup as seen at Aloha Isle Refreshments. Players can end their Minecraft Disney Day by witnessing a spectacular fireworks show at Cinderella Castle. 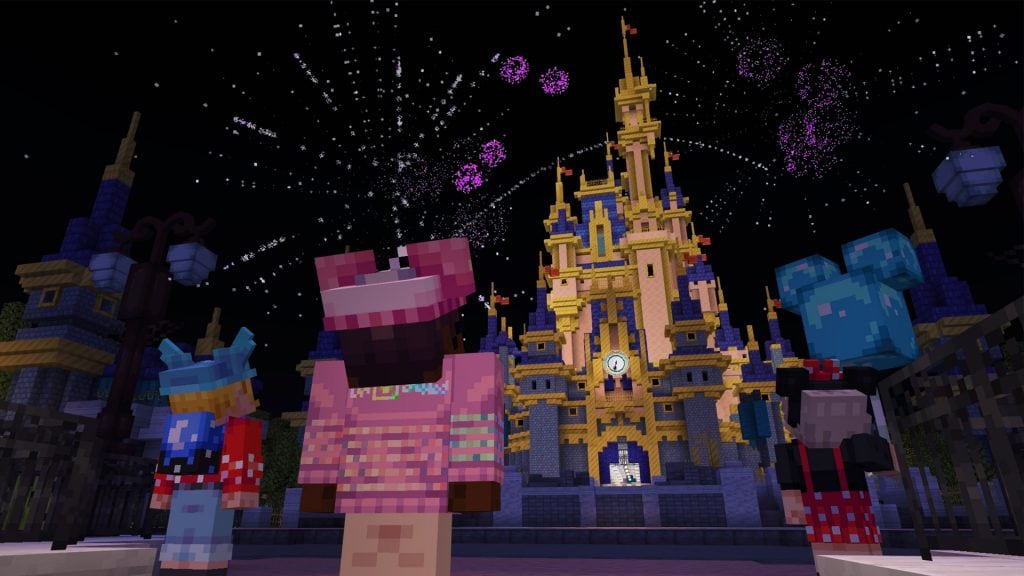 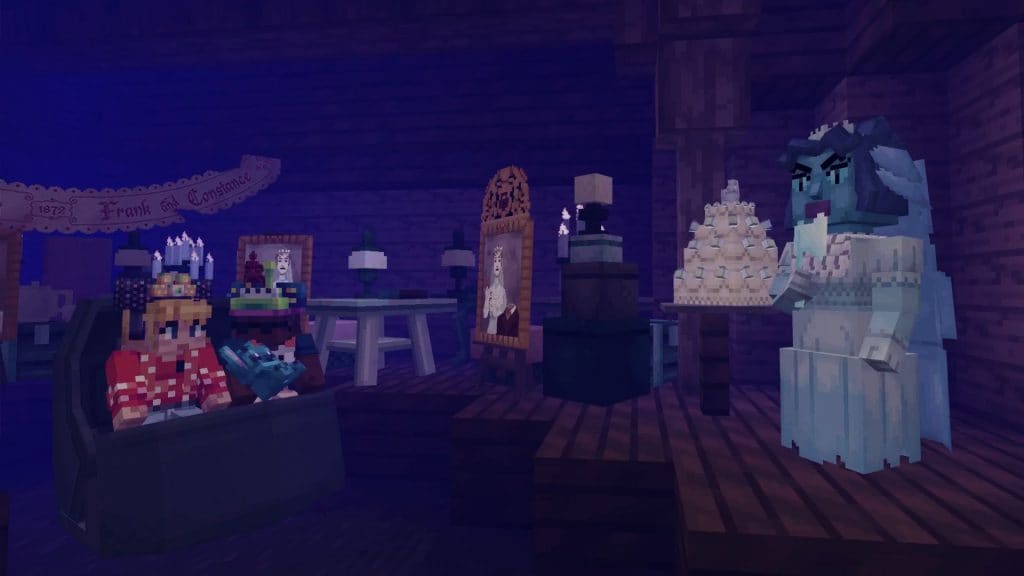