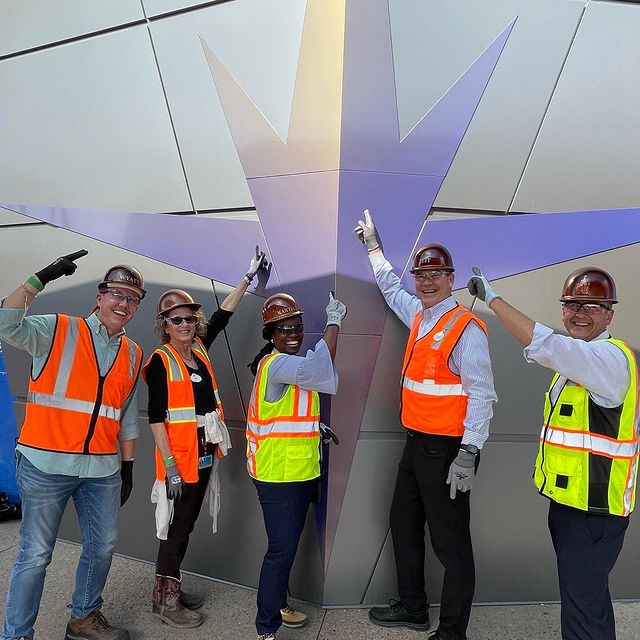 Guardians of the Galaxy: Cosmic Rewind has begun early ride testing as it continues to progress on track toward a summer 2022 opening at EPCOT.

“After getting an update on the latest progress and an early test ride on Guardians of the Galaxy: Cosmic Rewind, I have three words: it is AWESOME!!! Thank you to the teams at Walt Disney Imagineering and Walt Disney World who are bringing this amazing attraction to life. I’m looking forward to seeing the finishing touches over the next several months and can’t wait for you to get a look when it opens at EPCOT next summer as part of the park’s transformation!”

This indicates that the preliminary safety tests have been completed if they have moved on to ride tests with people on board. However, we aren’t likely to see Cast Members or guests permitted to ride until closer to the opening date (which has yet to be announced).

Next
PHOTOS: More Walls Added to Structure Near TRON Lightcycle Run at the Magic Kingdom