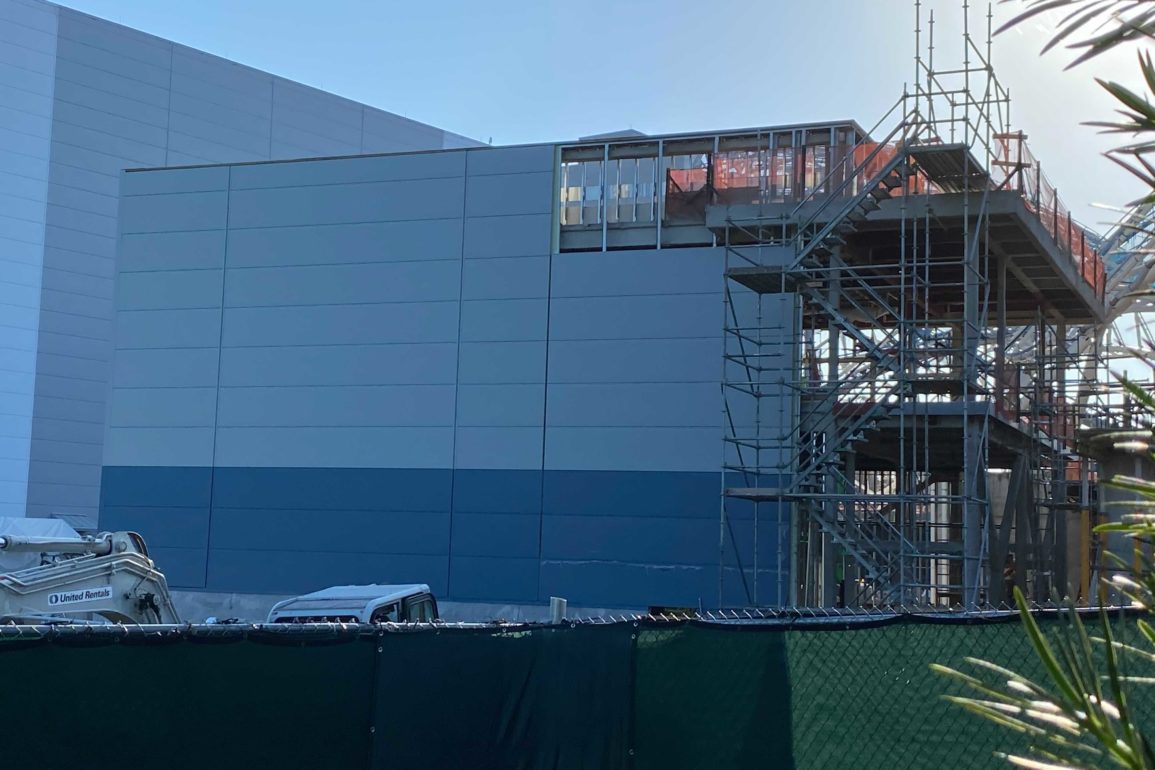 Greetings from the Magic Kingdom! While it may be another year before guests can race through the Grid on TRON Lightcycle / Run, the site remains a hotbed of activity every time we pass by.

From the ground, we can see that while the framework of the illuminated canopy is mostly done, some finishing touches are still being added.

More metal “ribs” have been added to the bottom edge of the canopy.

Meanwhile, over at the mystery structure by the railroad tracks, another section of wall paneling has been installed.

On the side closest to the queue of The Barnstormer, only a portion of the top and a section to the far right remain exposed, though the work remains far from finished.

As we take to the highway in the sky on the Tomorrowland Transit Authority PeopleMover, we can see that scaffolding remains in place on the part of the building with the exit portal, leading to the outdoor portion of the coaster track.

Further along, we could see someone working on the entrance canopy archways.

Even more construction workers could be spotted on the future walkway beneath the main canopy.

Most of the dirt seems to have been smoothed out, though it seems there’s still some work to do before paving can begin.

Speaking of the fascinating topic of smoothed dirt, the pathway between the site and Space Mountain appears to be completely smoothed. However, that may be to accommodate the movement of construction vehicles.

From this angle, we can see more of the metal “ribs.”

And with one last glimpse of the pathway, our latest construction tour is complete.