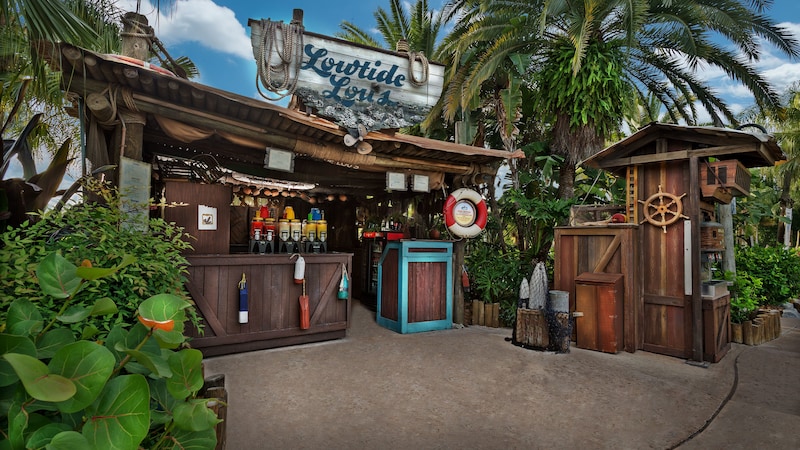 Menu changes have been announced for two quick-service locations at Disney’s Typhoon Lagoon ahead of its reopening on January 2.

Four items have been removed from the Lowtide Lou’s menu:

Shrimp Louie Lettuce Wrap served with chips has been added to the menu for $12.99 as has Cauliflower Tabbouleh (plant-based) for $8.99.

Here’s how other prices have changed:

All entrées have been removed from Snack Shack and it will now offer Loaded Nachos with Walt’s Chili for $11.99. They will now serve DOLE Whip, including the Hei Hei Cone for $5.29 and the Motonui Island Twist for $5.29.

The chocolate chip cookie will still be available but the following have been removed:

The Strawberry Margarita has been removed. The Pina Colada will now be made with Bacardi Rum for $11. Bud Light has increased from $7.75 to $8. Habanero Lime Galley Shack Swirl has been added for $13. Michelob Ultra Lager has also been added for $8.50.