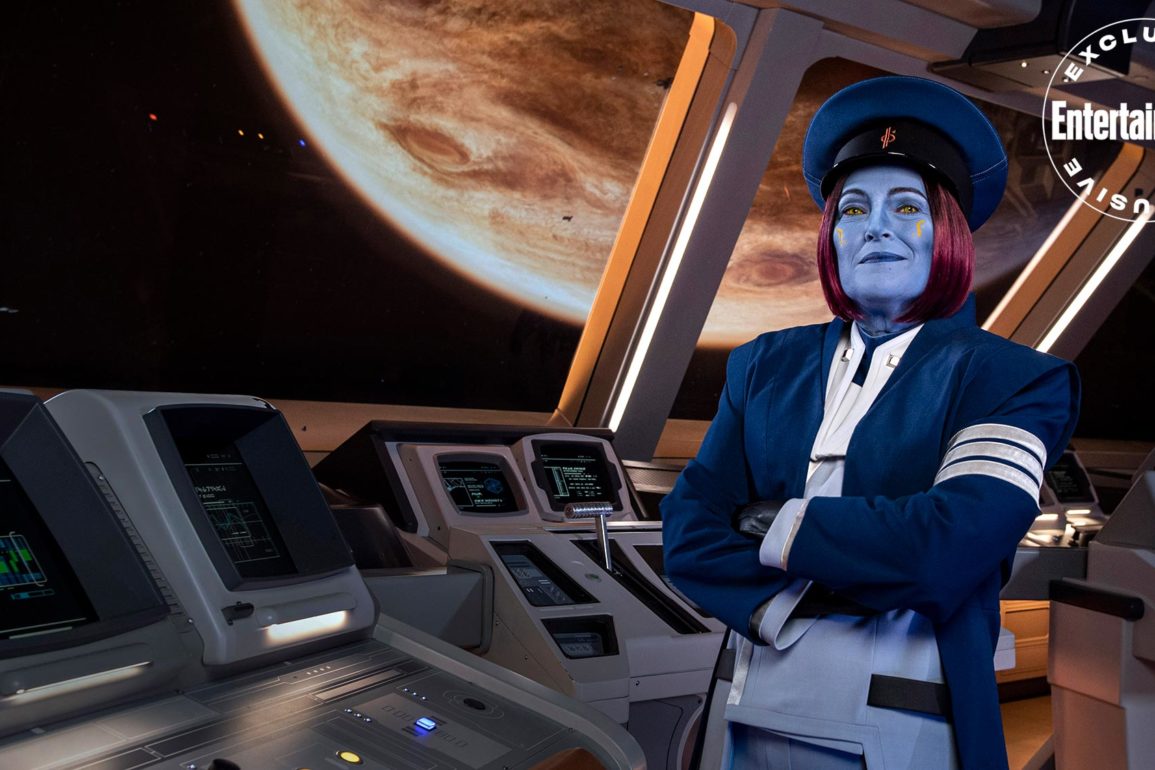 Charismatic, respected and trustworthy, Captain Keevan leads voyages aboard Star Wars: Galactic Starcruiser, the first-of-its-kind experience debuting March 1, 2022, at Walt Disney World Resort in Lake Buena Vista, Fla. The two-night immersive adventure invites guests to be the heroes of their own stories in a galaxy far, far away, where they see, feel and live Star Wars in a way that goes beyond anything Disney has created before. (David Roark, photographer)
Home
Parks & Resorts
Walt Disney World Resort
Hotels & Resorts

During Destination D23, we learned details about some of the new characters we would meet aboard the starship Halcyon, a.k.a. Star Wars: Galactic Starcruiser. Entertainment Weekly has now provided the first look at the captain of the Halcyon, Riyola Keevan.

Captain Riyola Keevan has a secret up her sleeve. She has worked for Chandrila Star Lines for about 30 years aboard the Halcyon and saw an opportunity in the ship’s manifest and large cargo hold. Emboldened by an encounter with Leia Organa to take a larger role in the Resistance, she turned the ship into a “rum runner” to pull off missions.

“We’ll learn a lot more about her and her role in some pretty iconic moments in ‘Star Wars’ history,” Walt Disney Imagineer Scott Trowbridge told Entertainment Weekly. He added that she runs the ship with “capability and professionalism second to none.” But, “there may be more to her than meets the eye.”

Next
RUMOR: TRON Lightcycle Run May Still Not Open for Another Full Year at Magic Kingdom