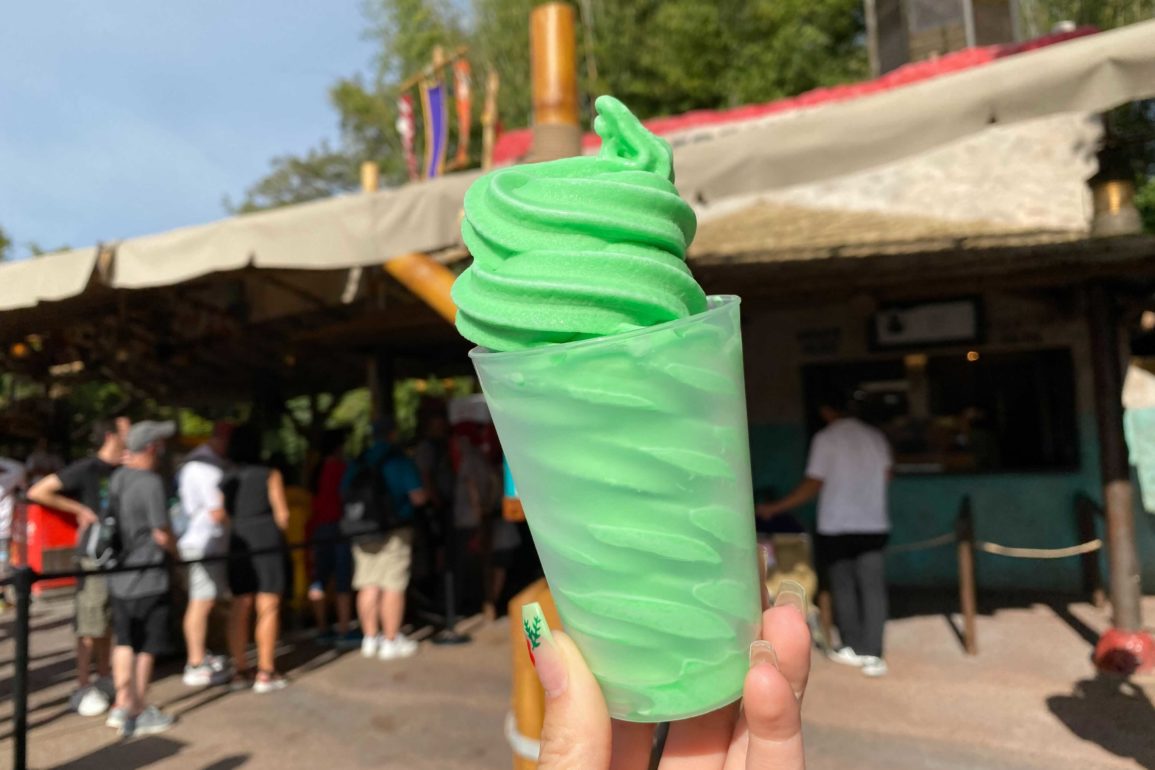 A new flavor of DOLE Whip is now available at Refreshment Outpost in EPCOT: coconut-lime.

The menu is a little unclear on whether or not the coconut-lime flavor is in fact DOLE Whip, but we confirmed with Cast Members that it is.

This DOLE Whip comes out as a bright green. Both the coconut and lime flavors are present.

Neither flavor overpowers the other, but the lime is tart so we almost wanted a bit more sweetness with it.

It was described to us as a sour taste but it’s more tart than sour, which threw us off. It wasn’t bad, just different.

The coconut is smooth and this is a nice change for those who don’t always want a sweet treat.

Will you try the coconut-lime DOLE Whip? Let us know in the comments.