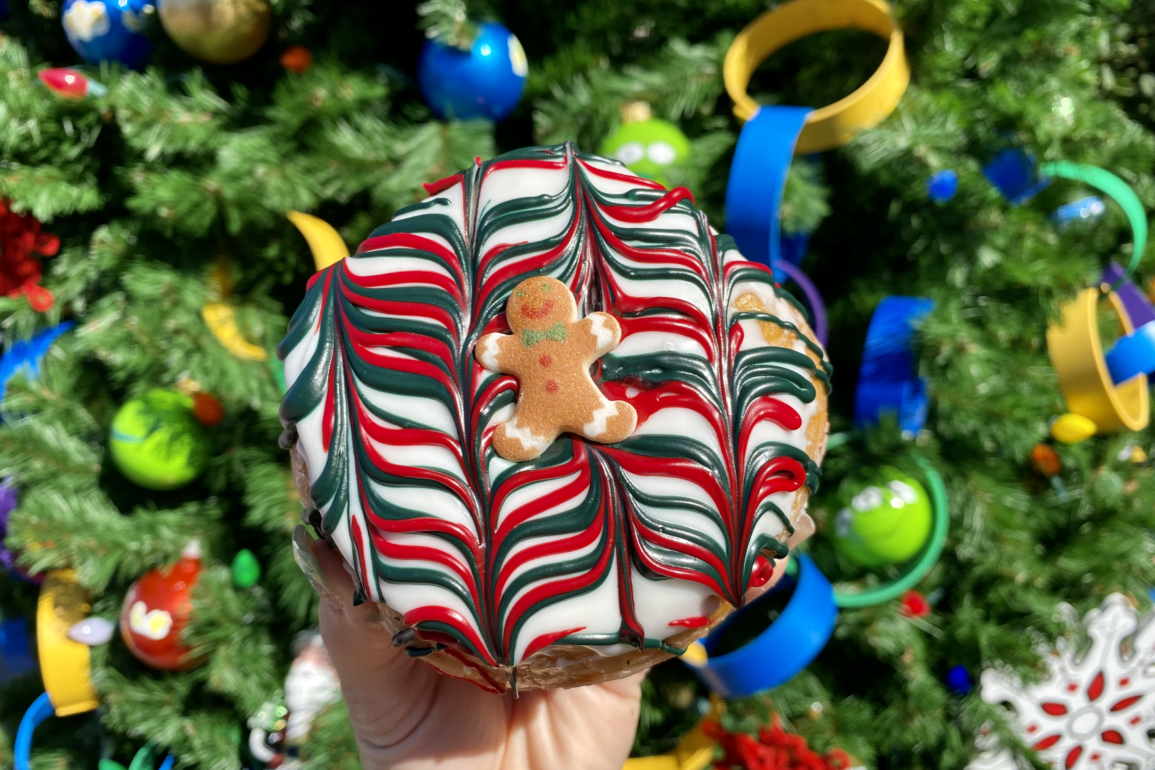 Two new youth shirts featuring the Walt Disney World logo and a sketched version of Minnie Mouse and “Free as the ocean” Moana are also available at Discovery Trading Company for $19.99 each.

A Merry Menagerie 2021 pullover for $49.99 is available just outside the shop. An icicle design features some of the animals on display for the show.

An adult version of the charming Chip’n’Dale mustard pullover for kids is out at Island Merchantile for $49.99.

A new “Encanto” youth button up dress features a colorful design for 44.99.

On the way to Pandora, we saw a few workers making progress on the DVC kiosk across from Pizzafari.

Walls remain up at the previous location of Primeval Whirl, where it appears new construction is already taking place. The area is currently being used as stroller parking.

A new engravable ID tag is at Chester and Hester’s Dinosaur Treasures and features 50th anniversary Pluto for $15.

Goofy’s Candy Company sour straws have made their way into the candy section of the shop again.

50th anniversary EARidescent Goofy and an EARidescent “50” Mickey head silhouette are at the DINOSAUR gift shop for $15 each.

The construction walls at the rear of Restaurantosaurus have been taken down to reveal a newly revamped deck area.

Over in Asia, Kali River Rapids is hidden behind construction walls and scrim as it undergoes refurbishment.

The area that previously held the Na’avi build your own jewelry station is now holding plush.

The ride test vehicle out front of Avatar Flight of Passage has been roped off to guests again.

The Menagerie Cupcake has returned to Flame Tree Barbecue.

New seating is available to passholders at Disney’s KiteTails in the Discovery River Amphitheater.

Previous
PHOTOS: Work Continues on Connections Café and Eatery, Along With The Rest of World Celebration at EPCOT