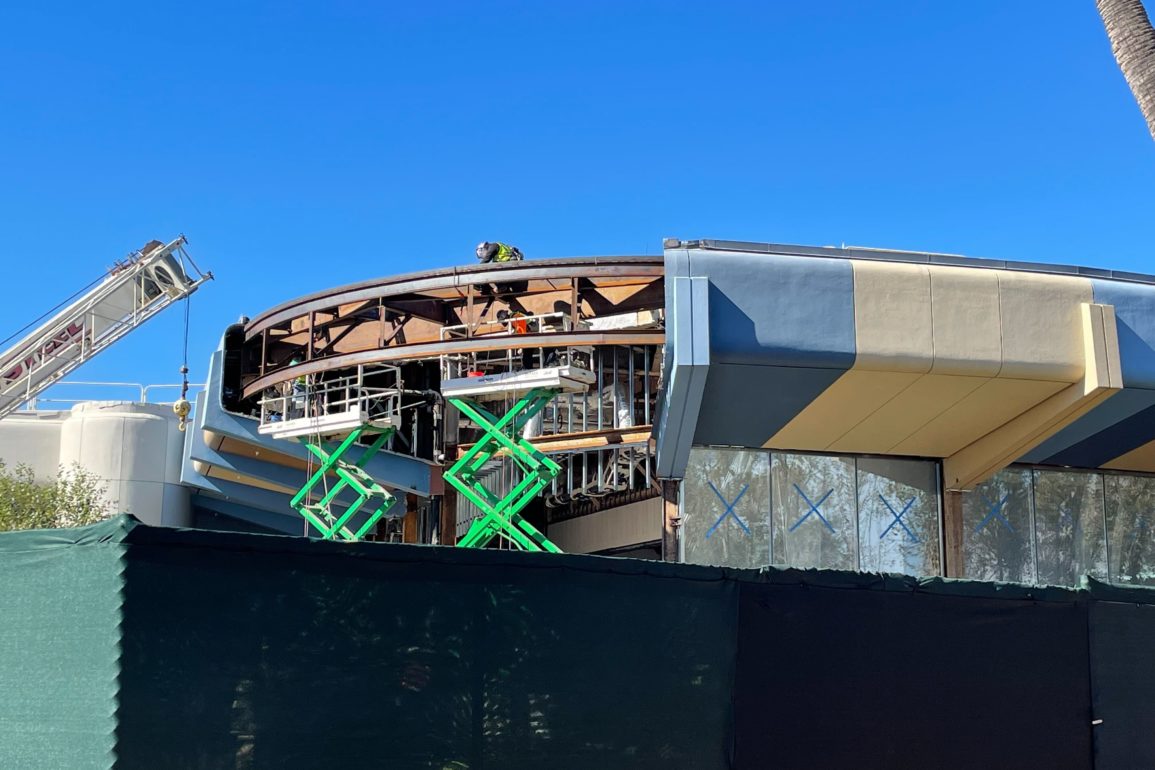 PHOTOS: Work Continues on Connections Café and Eatery, Along With The Rest of World Celebration at EPCOT

Even during the holiday season, World Celebration continues to be a site of massive transformation at EPCOT.

From a distance, Connections Café and Eatery may appear mostly finished from the outside, but as we’ve seen recently, it’s become a hotbed of activity on the inside.

Closer to Spaceship Earth, excavators have pulled up quite a bit of dirt for Dreamer’s Point, leaving a massive mound of dirt.

Pulling around on the Walt Disney World Monorail, a large hole can be seen by the Journey of Water site.

Finally, excavators are on the job as we head closer to the Imagination! Pavilion, with a deep ditch near the restroom structure.

Moving into the park, we can see scaffolding up at the back of the restaurant around the windows.

The corner portion of the roof has been restored with construction workers working above the section.

Walking through the breezeway, scaffolding has been erected as work continues on the ceiling.

Several weeks ago, it was revealed that EPCOT’s re-imagining will be complete sometime in 2023, coinciding with the completion of a new theme for the park being composed by Pinar Toprak, but it seems that along the way, there will be plenty of new places to discover.