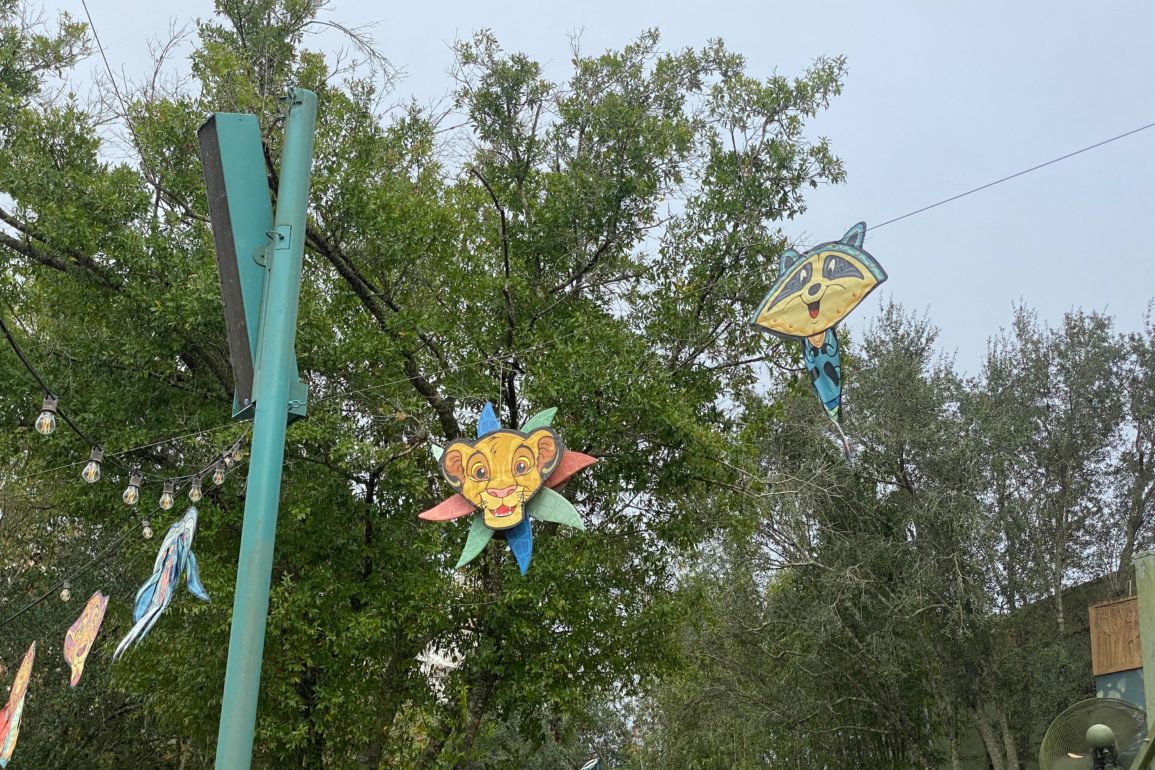 After being removed in mid-November, the character banners have returned to the wires above the Discovery River Amphitheater. Some of the returning characters were introduced in late September, just prior to the debut of Disney KiteTails show in the amphitheater, while other character banners are new. Take a look at them all below.

The Jungle Book characters and Squirt have returned.

Meeko, Pua, Mr. Ray, and Crush are back, joined by Nemo as a new friend.

Terk from “Tarzan” and the bugs from “A Bug’s Life” are returning favorites as well.

This Heimlich one is new, however, and particularly cute.

And to reflect one of the kites in the show, Simba with his feathery mane has been introduced as a banner.

Are you happy to see these banners return to the Discovery River Amphitheater? Let us know in the comments below.

Next
PHOTOS: Gray Shapes Added to Façade Columns on Guardians of the Galaxy: Cosmic Rewind at EPCOT