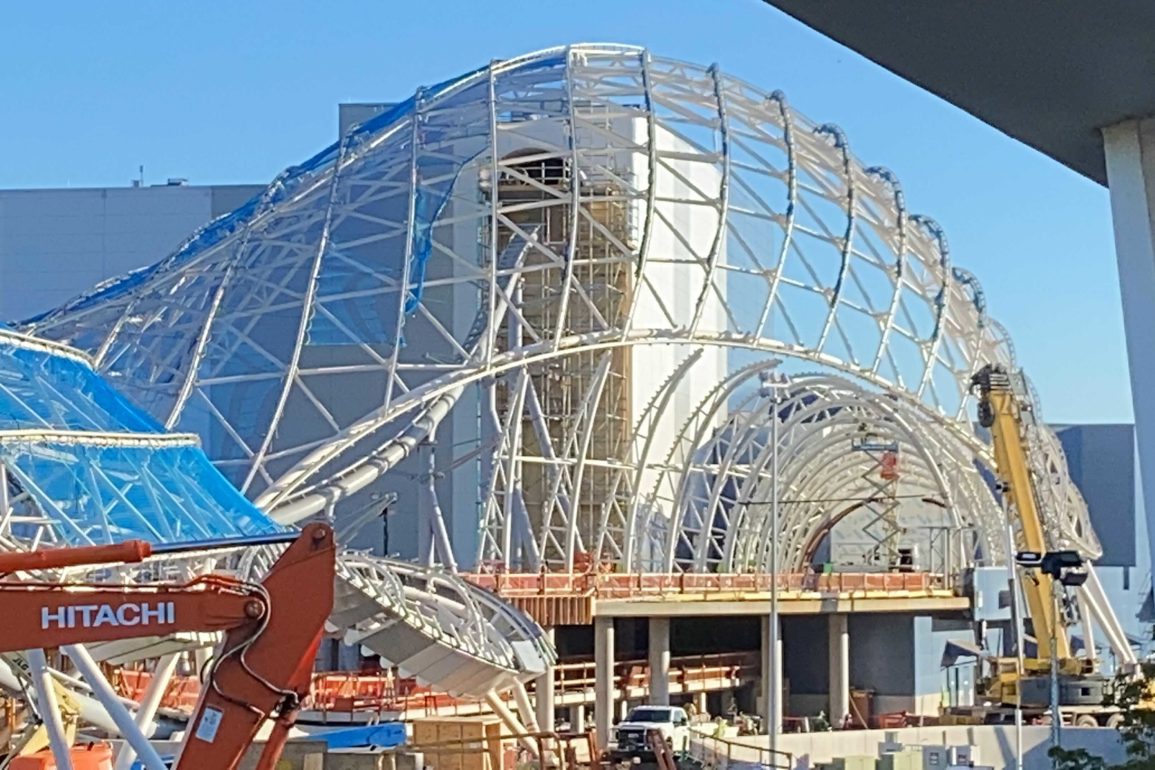 These days, there’s almost always something new to see at the construction site of TRON Lightcycle / Run in Magic Kingdom. We may have to wait another year to ride the attraction, but until then we’re checking on its progress.

Crew members have been working all over the site, adding elements to the canopy framework, paving walkways, and constructing the entrance canopy.

Several more arched pieces have been added to either side of the walkway leading to the entrance.

Guests will take a walkway from the rest of Tomorrowland under the coaster to board it.

Right now, only a framework is in place for both the main canopy and the entrance canopy. Eventually, opaque pieces will be installed on the framework.

The full length of the entrance canopy is more apparent from the Monorail.

The walkway is currently surrounded by temporary orange safety fencing.

It seems most of the walkway under the canopy has been paved.

Once the walkway is paved, final railings will presumably be installed.

A small concrete structure is at the beginning of the walkway.

We also saw several concrete elements near the PeopleMover track.

The Walt Disney World Railroad will also go under the coaster and walls are now being constructed for the tunnel (center of the above photo). Trains are currently testing on new track throughout Magic Kingdom.