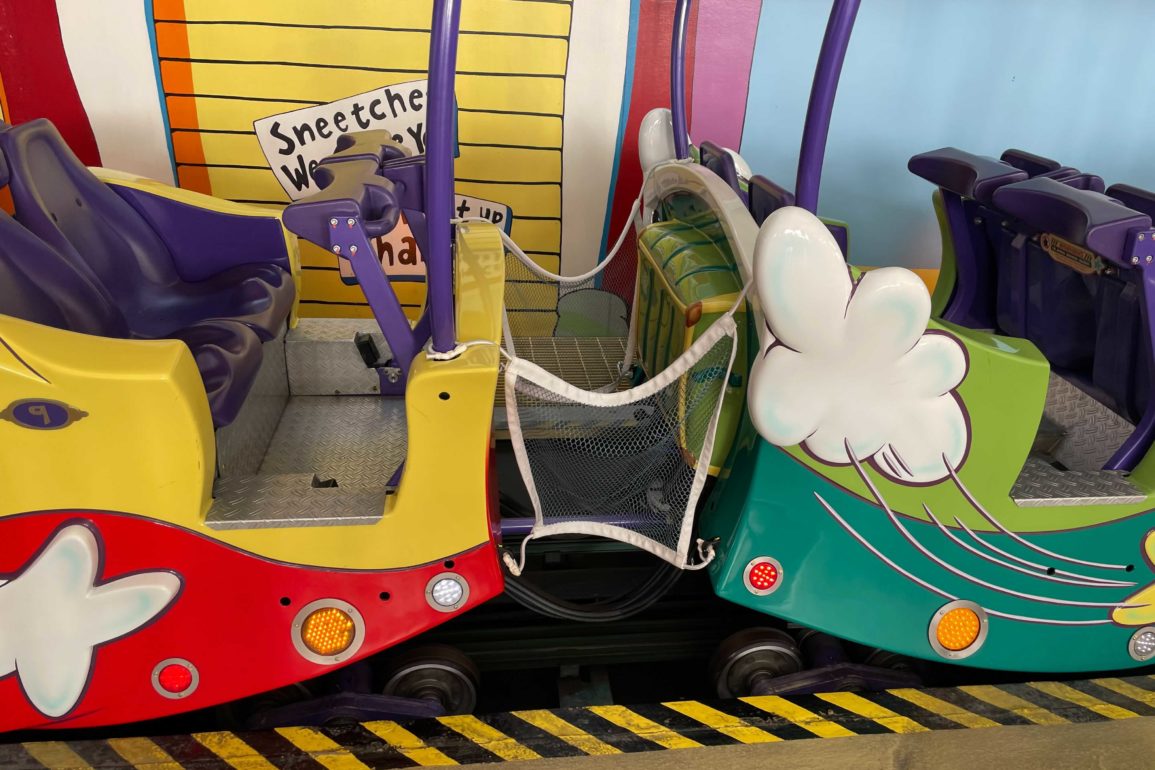 PHOTOS: Safety Nets Added Between Cars on The High in the Sky Seuss Trolley Train Ride at Universal’s Islands of Adventure

Nets have been added between the cars of The High in the Sky Seuss Trolley Train Ride! in Seuss Landing at Universal’s Islands of Adventure.

The nets are to prevent guests from going between the cars, which sometimes happens when they are trying to switch seats or cross to the other side of the train station.

Guests moving between the cars not only puts themselves in danger but forces Team Members to stop the entire ride.

The train ride is currently operating with only one track, at half capacity, while Caro-Seuss-el is refurbished near the second track, so Universal is trying to prevent significant down time.