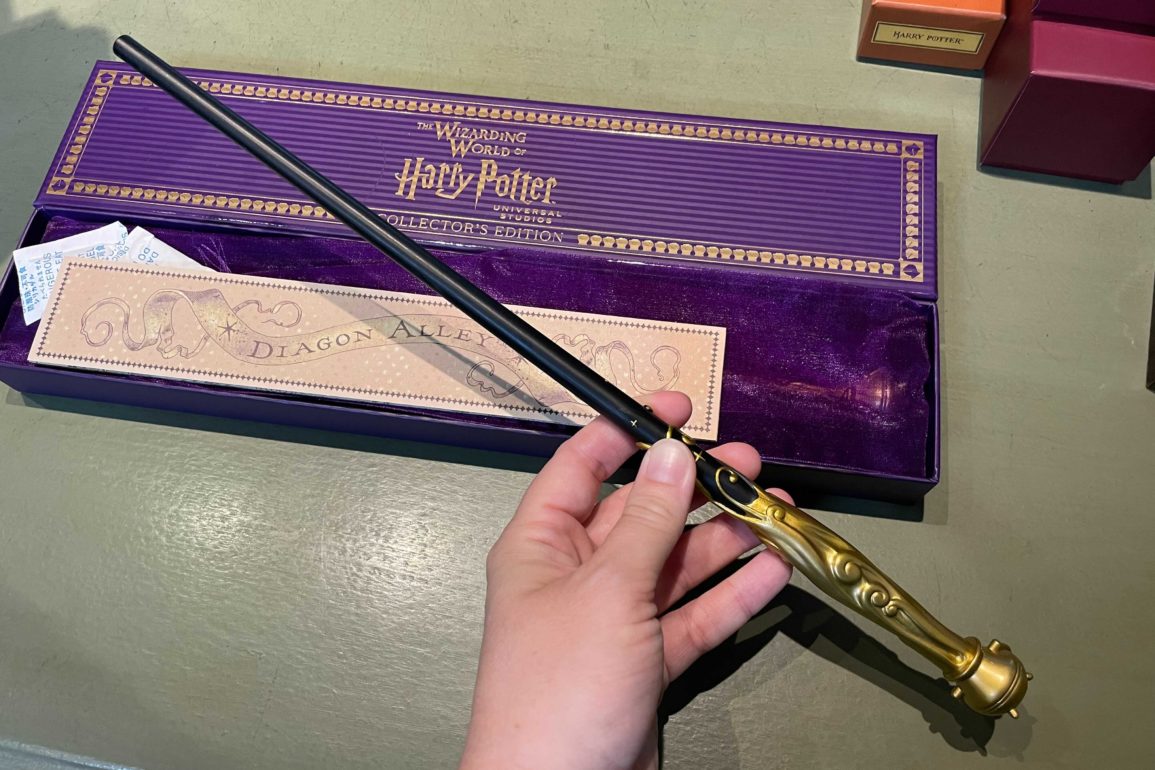 Ollivander has created a beautiful new wand, and it’s now available for purchase at The Wizarding World of Harry Potter in Universal Orlando Resort. We specifically found it in the Hogsmeade Ollivander’s in Universal’s Islands of Adventure.

This collector’s edition wand is not inspired by any specific character but rather by the art of potion-making.

The wand is black with a gold handle.

The gold handle has a small cauldron on the end, with tendrils of potion coming out of it.

Though the wand rings up as the 2021 collector’s wand, that was released earlier this year. Team Members believe this is supposed to be the 2022 collector’s edition.

The cauldron actually allows the wand to stand on one end.

Like all wands these days, it is interactive and comes with a map of all the interactive places throughout The Wizarding World of Harry Potter.

It comes in a purple box with gold lettering and gold cauldrons lining the top.

Are you hoping this wand chooses you? Let us know in the comments.