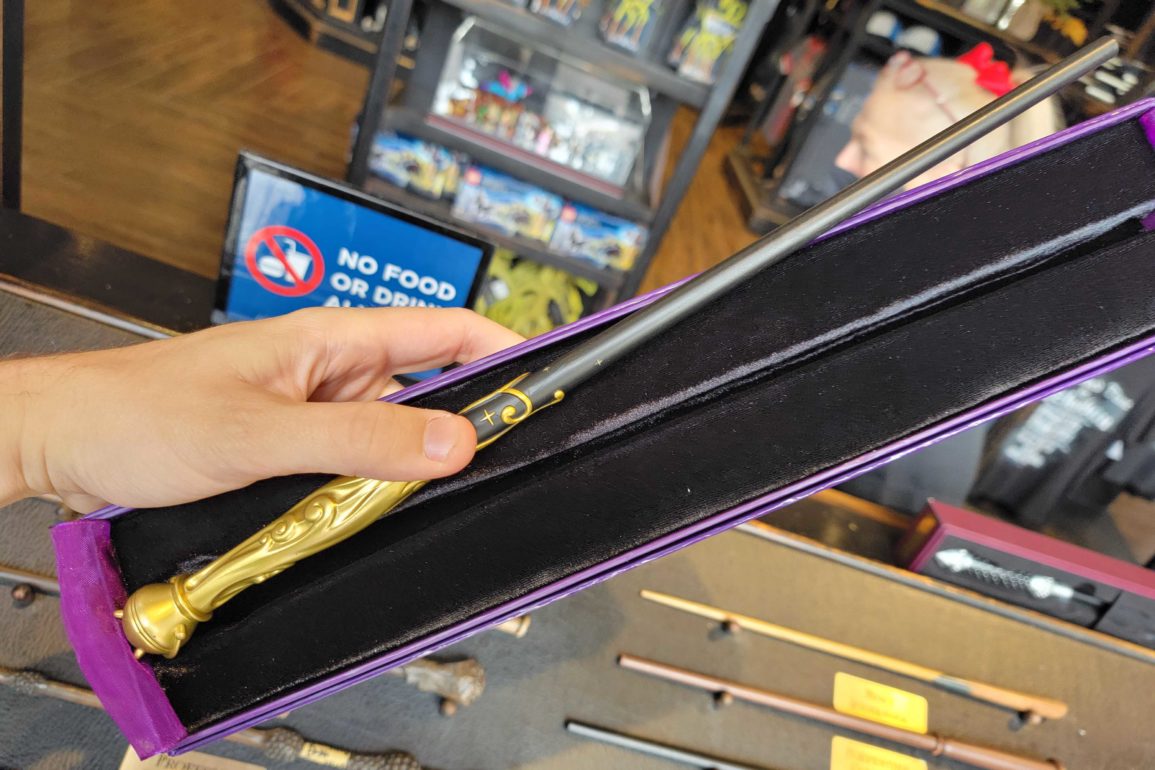 Ollivander has created a beautiful new wand, and it’s now available for purchase at The Wizarding World of Harry Potter in Universal Studios Hollywood. We already saw it at Universal Orlando Resort.

We actually found the wand in the upper lot Universal Studios Store.

This collector’s edition wand is not inspired by any specific character but rather by the art of potion-making.

The wand is black with a gold handle.

The gold handle has a small cauldron on the end, with tendrils of potion coming out of it.

According to Team Members, this is a limited edition of 5,000. There is no discount for Annual Passholders.

It comes in a purple box with gold lettering and gold cauldrons lining the top.

Are you hoping this wand chooses you? Let us know in the comments.