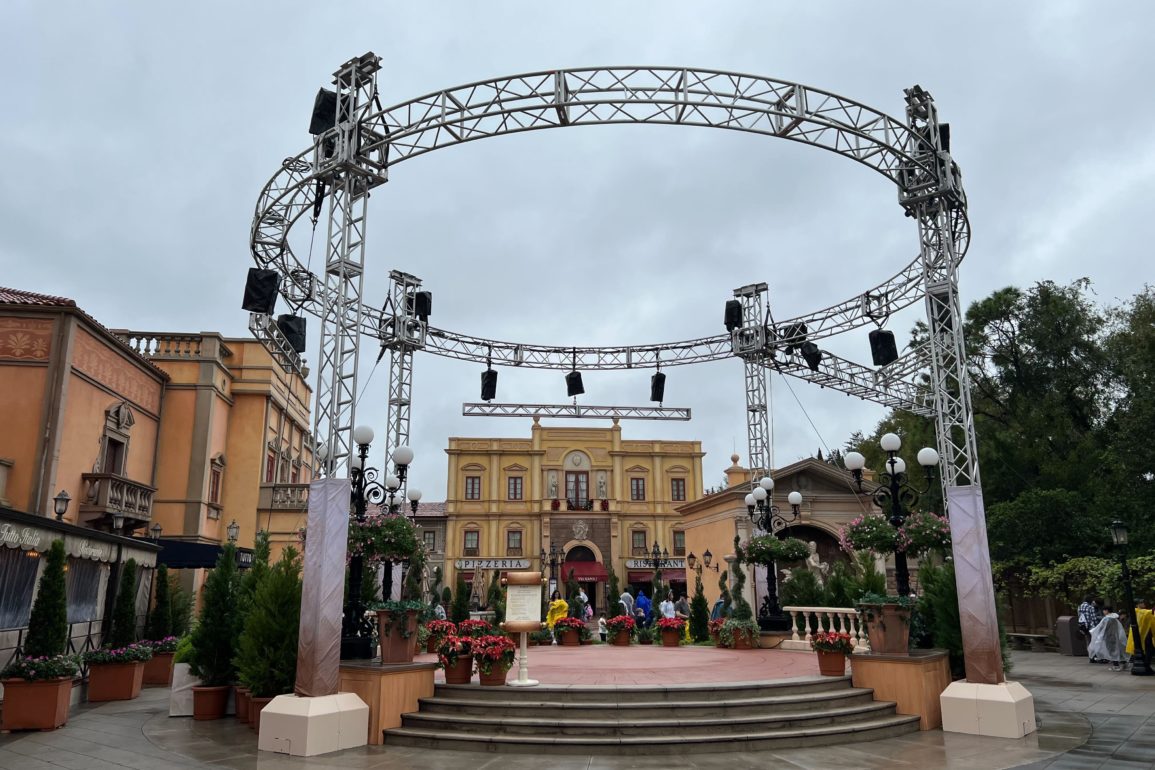 It’s hard to believe that 2022 will begin in less than two weeks, but over at EPCOT, preparations are already underway for New Year’s Eve.

At the Italy Pavilion, construction has begun on the structure that’s been used for a dance party.

The structure is set up in the center of the pavilion, with rigging set up for lights and speakers.

Typically, the dance party at this pavilion has featured Italian dance music, though there hasn’t been any announcement of entertainment for New Year’s Eve aside from a special performance of “New Year’s Countdown Fireworks.”

Currently, no other preparations have been spotted at the park, but given that EPCOT will remain open until 1 AM that night, it’s already clear that New Year’s Eve festivities should be back stronger than they were this time last year.