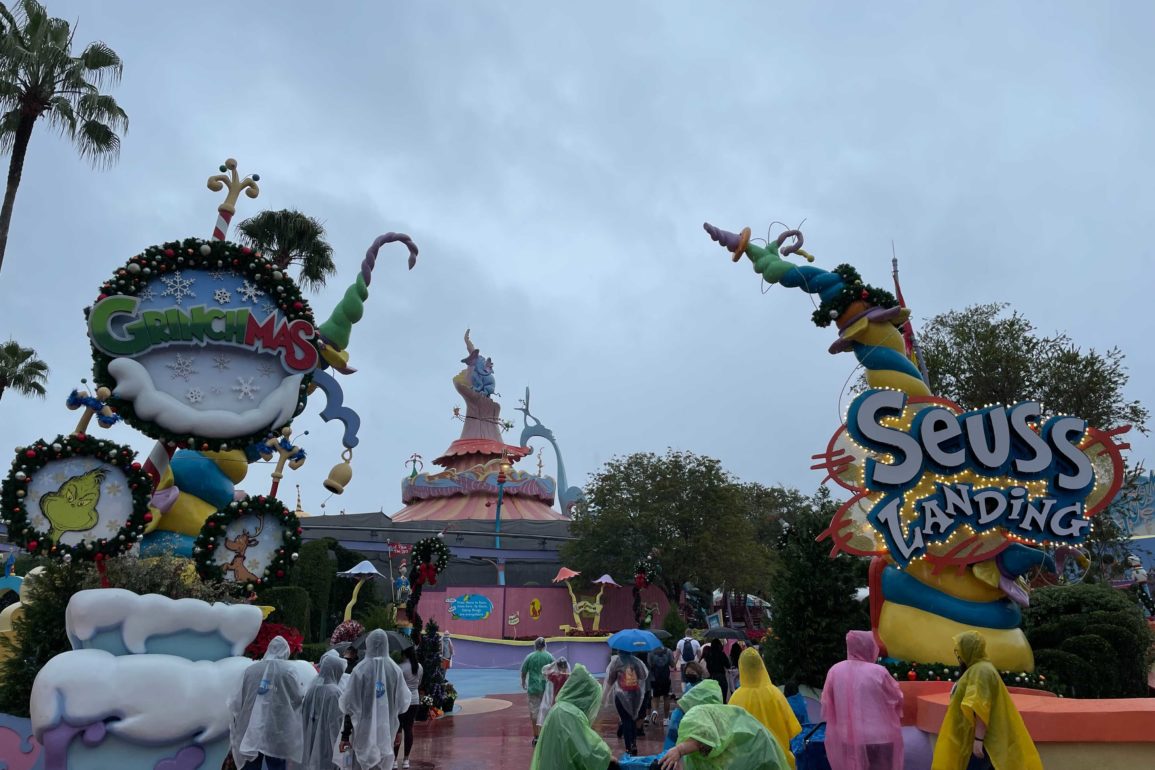 With just days to go until Christmas, guests at Universal’s Islands of Adventure got an unfortunate sight at the entrance to Seuss Landing.

The entrance arch, decorated for the Who-liday season, has been removed. But don’t worry, the Grinch hasn’t walked off with it! Team Members have told us that the arch’s disappearance is for maintenance.

Meanwhile, an anonymous source noted that the reason for this maintenance so close to Christmas was urgent. Our source reports that the arch partially collapsed during the day yesterday, with the rest being removed later that evening.

With the arch gone, the tops of the structures that stand at the entrance to the land are once again exposed and disconnected.

The structure closest to Green Eggs & Ham has had its garland removed, while the decoration remains on the opposite structure.

Of course, the left side of the arch isn’t entirely without decoration, as the Grinchmas sign featuring the Grinch and Max remains in place.

While we can’t confirm that the collapse is the definitive reason, it’s become clear that the land is beginning to show its age. The Caro-Seuss-el is under refurbishment for extensive roof maintenance. The top of the structure next to the Grinchmas signage shows very visible signs of wear and tear.

Meanwhile, behind the sign, it’s clear where the arch was removed from the supports.

Here’s how the full arch looked back in October:

It’s unclear whether the arch will be reinstalled in time for Christmas, or if the entrance to Seuss Landing will look a little bare for the rest of the year.

Next
PHOTOS: EPCOT Construction Moves Along Across World Celebration