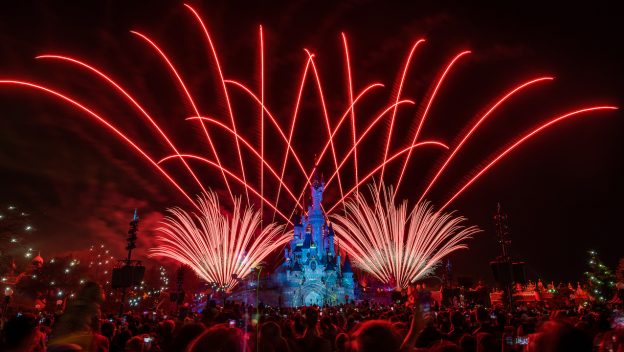 Beginning tonight, the skies above Disneyland Paris will be lit up once more as Disney Illuminations returns to Disneyland Park. The show has been absent for almost two years, with its last performance in March 2020. Disneyland Paris reopened in June 2021 after an extended closure due to COVID-19.

The long-awaited return of the nighttime fireworks spectacular was confirmed in October after months of rumors. To mark the show’s return, the resort has released a new video that shows off highlights of what guests will be able to see around Sleeping Beauty Castle, including scenes inspired by “Beauty and the Beast,” “Star Wars,” and more.

The return of Disney Illuminations comes just days after the castle’s year-long refurbishment was completed, the first since its opening in 1992.

Of course, if you can’t get to Disneyland Paris, you can watch our video of the full spectacular below.

Next
PHOTOS: Seuss Landing Entrance Arch Torn Down at Universal’s Islands of Adventure