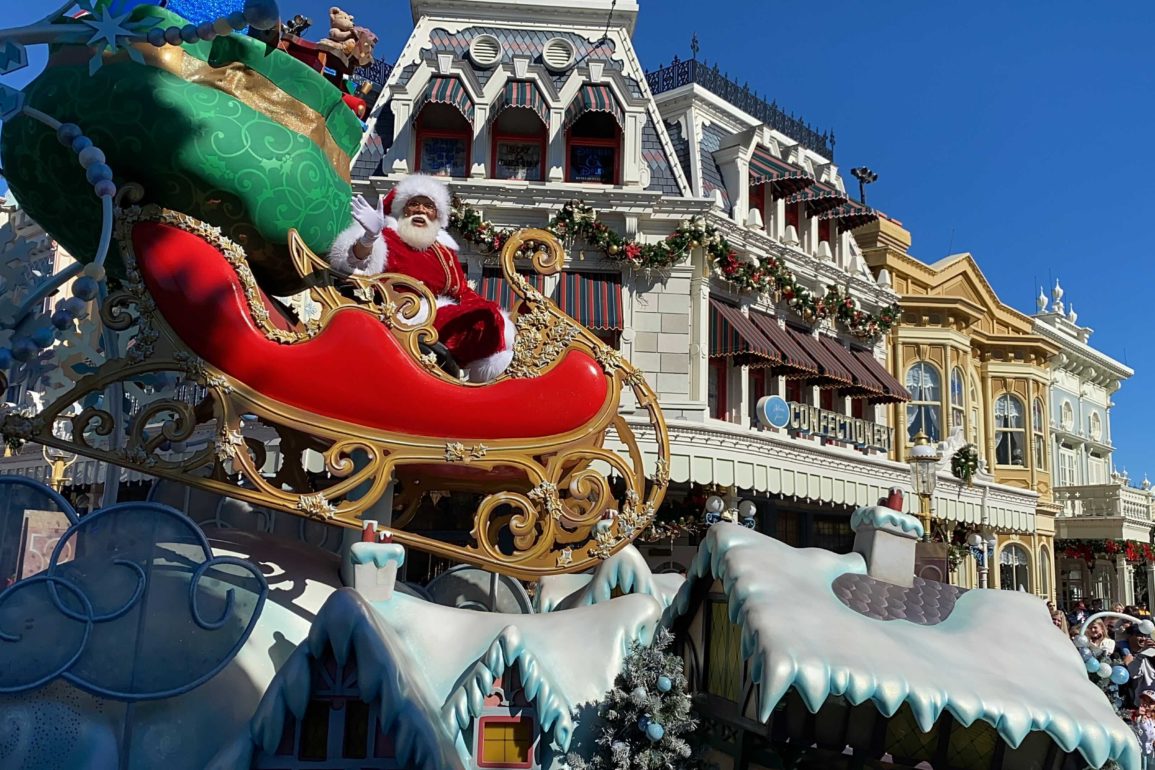 PHOTOS, VIDEO: Daytime Parades Return to the Magic Kingdom With Mickey’s Once Upon a Christmastime Parade

The Christmas crowds have arrived at the Magic Kingdom, and with the big day just days away, Mickey’s Once Upon a Christmastime Parade has kicked off for daytime performances.

The parade, the first in the park since the COVID-19 shutdown in March 2020, had previously been performed throughout the season as part of Disney Very Merriest After Hours, and now marks the first daytime parade since then. In anticipation of heavy crowds, Lightning Lane is available for purchase to access a special viewing area, though guests have already experienced issues, including cancellations.

The parade begins with a collection of characters dressed in holiday apparel, including Donald Duck, Daisy Duck, Pluto, Peter Pan, and Wendy.

Mickey and Minnie Mouse appear on the first float, which features a fully-decorated Christmas tree.

Max races by in a gingerbread car as his father, Goofy, stands by a large gingerbread house.

Chip and Dale join a group of dancing gingerbread men to show off their moves.

The Disney Princesses, including Belle, Rapunzel, Snow White, and Tiana, ride by on a gazebo float.

Towards the end of the parade, this float of presents experienced some technical issues, and needed to be towed to the exit.

A team of reindeer lead the way for Santa Claus, who rides by on his sleigh in the parade’s finale.

As always, Santa is a crowd favorite.

You can get a full look at the daytime parade in our video below!

Previous
Disneyland Paris May Close Again Due to Omicron Variant