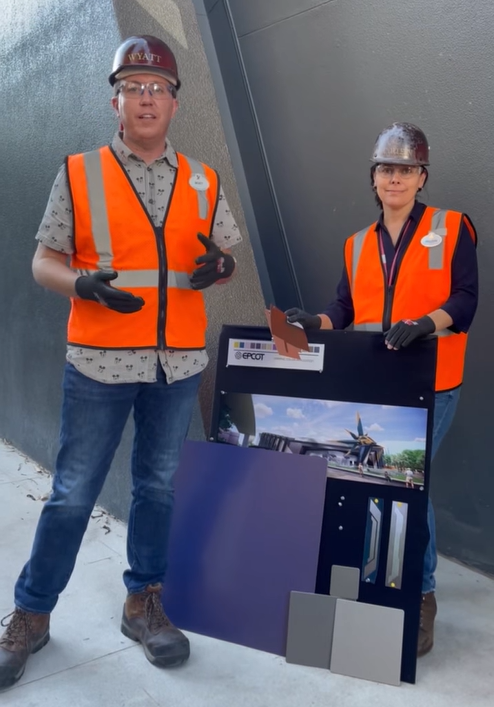 Imagineers have given another look at the process behind the façade for the upcoming attraction Guardians of the Galaxy: Cosmic Rewind at EPCOT.

Wyatt Winter (left) and Colleen Meyers (right) displayed the color swatches next to concept art for the building. Meyers discussed how they use color in architecture to tell stories at EPCOT. For Guardians of the Galaxy: Cosmic Rewind, metallic shades were selected that would match the color schemes of the films, but will also appear to look different throughout the day as the natural lighting changes.

The painting at Guardians of the Galaxy: Cosmic Rewind has been an ongoing process as sections have been painted and repainted in different shades. Winter said the painting has officially begun today, which may signal that we will see the final color choices on the building soon.

See the Imagineers discuss the color selections in the video below.