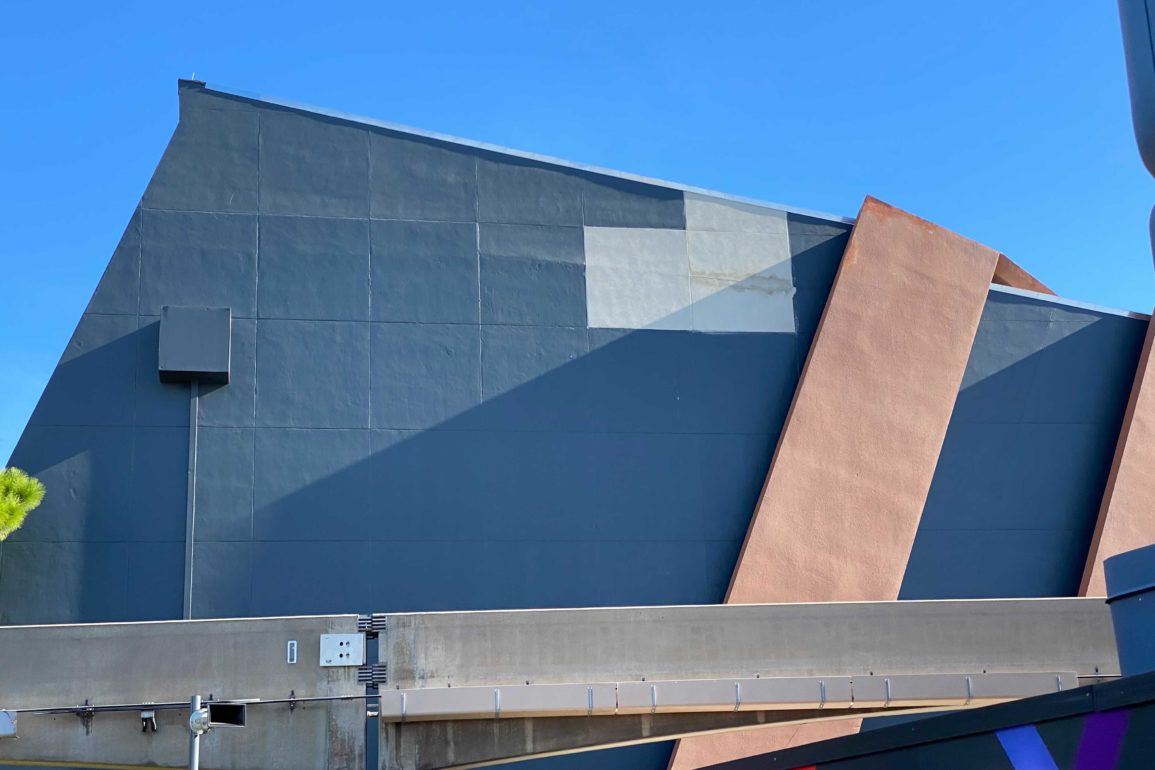 PHOTOS: Attempts to Fix Paint Continue at Guardians of the Galaxy: Cosmic Rewind in EPCOT

We now know Guardians of the Galaxy: Cosmic Rewind will be opening next summer. While we can’t be sure how far along interior construction is, exterior construction has been close to completion for a while now. But the paint on the sides of the “Wonders of Xandar” pavilion still seems to be an issue. While the orange pillars are looking better than they were a couple of weeks ago, there is a new patch of paint at the top of the wall.

A few blocks of paneling have been painted a lighter color than the rest, possibly the beginnings of an attempt to fix a wayward streak. One of the blocks appears to have been patched.

This is likely primer before a coat of darker coat of paint is added.

There are still some messy-looking splotches at the top of some of the orange pillars.

The pillar closest to the front of the building no longer has its large red wound — instead, most of the pillar is a shade different from the rest.

The pillar at the back of the building now has scoring across it.

We usually see scoring on the ground before concrete is replaced, so it’s unclear what’s happening to this pillar.

It seems at least some of this is a primer for a proper paint touch-up.

Meanwhile, pillars on the other side still have black paint on them from what was apparently a failed paint test in July.

The black paint is visible on the bottom half of the middle pillar — behind a palm tree.

It remains to be seen exactly what the final building will look like. Above is the most recent concept art, although significant differences between it and the final product — such as the greeter structure installed earlier this month — are already clear.