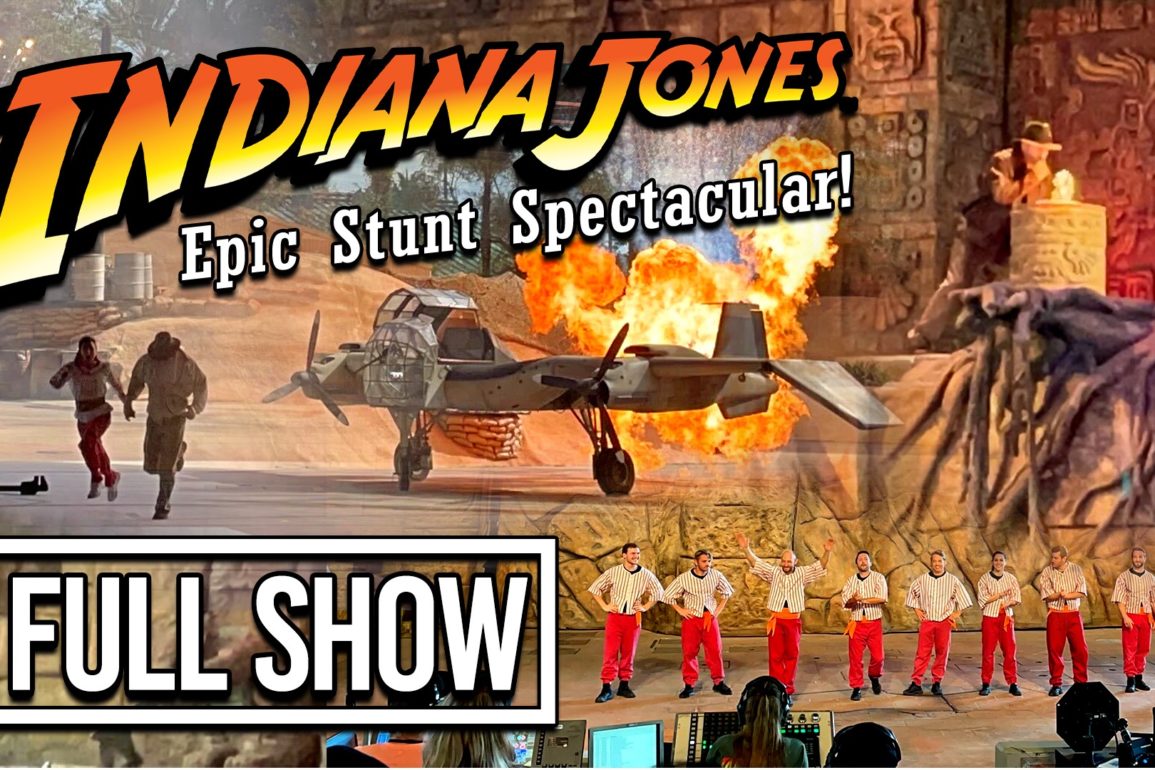 After an over 20-month closure, “Indiana Jones Epic Stunt Spectacular!” is finally performing again at Disney’s Hollywood Studios. As we reported a few days ago, the show has been tweaked and updated slightly.

All of the sets have been repainted. The machinery used in the show was also re-evaluated. The lights and soundboard were replaced, and new sound effects can be heard.

Guests packed into the theater to see the show’s return.

Unfortunately, audience members don’t get to come on stage and be part of the show right now due to physical distancing guidelines.

A new moment introducing the stunt performers has been added during the first scene change.

They lead the entire audience in creating sound effects.

Though there are small changes and no audience members on stage, the plot of the show remains the same.

While the villains and vehicles in the show still have guns, Indiana no longer carries a pistol, so there’s no more scene where he shoots a henchman.

He uses his whip plenty and does briefly handle a machine gun grabbed from one of the bad guys.

There are a few new stunts and an extra comedic moment of Indy and Marion peeking out of the clothing racks.

They talk briefly about filming in landscape mode with smartphones, a “modern” update to the show.

They still do the stunt demonstration that Marion usually performs with an audience plant.

We noticed the pilot in the final scene was a woman.

The plane and truck still have fake guns attached to them.

While swastikas have been gone from the show for a long time, all Nazi-related symbolism has now been removed.

Characters no longer “die” on stage. Instead, they run off after being defeated.

Without his pistol, Indy kicks the cockpit door to get Marion out.

The gun and death changes are likely not only for stunt safety but also to be more sensitive to recent tragedies in the U.S.A.

It was an emotional return for the cast and crew — some of whom have been part of the show since it opened in 1989 and had family in the audience — as well as for fans watching.

Watch our video of the first performance since March 2020 below.