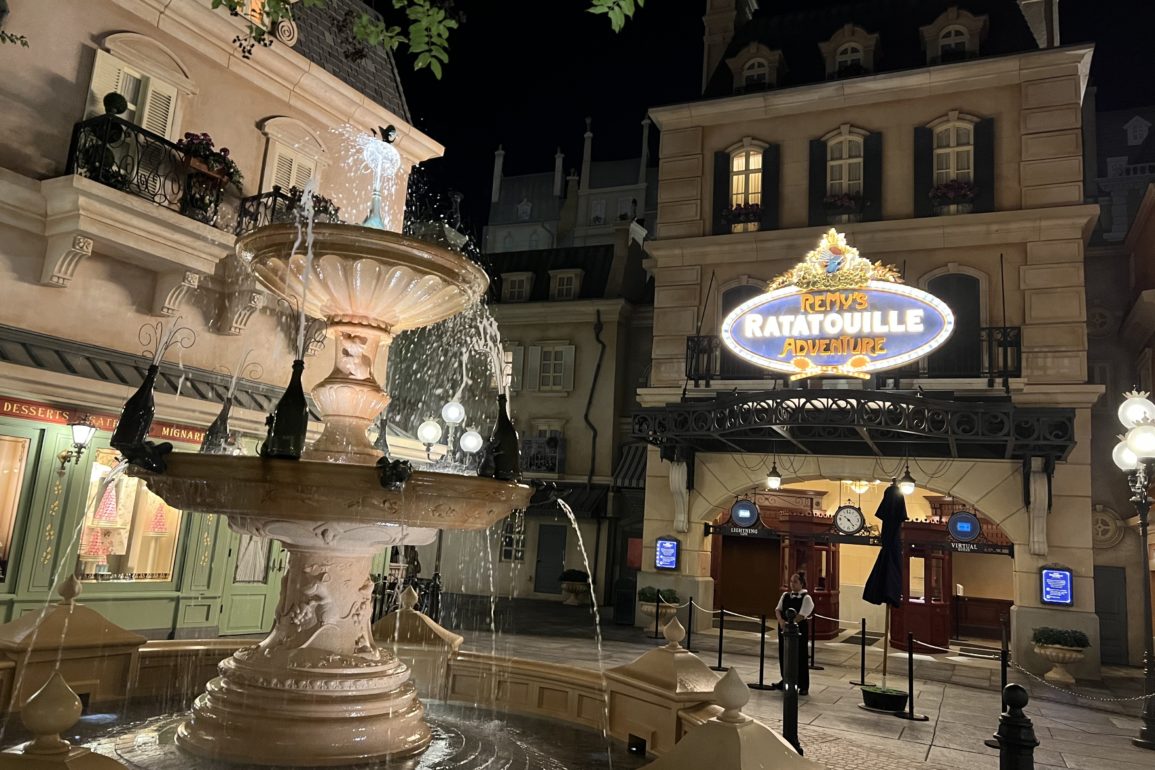 Remy’s Ratatouille Adventure has joined the lineup for the exclusive after-hours period on select nights, which began just over two months ago.

The ride joins other EPCOT offerings, which include:

When we visited back in October, Impressions de France was also being shown, though it wasn’t officially listed.

As of the writing of this article, it’s unclear whether the ride will offer additional virtual queue spots during Extended Evening Hours, or if it will switch to a standby queue.

Next
PHOTOS: Even More Entrance Canopy Pieces Installed at TRON Lightcycle Run in the Magic Kingdom