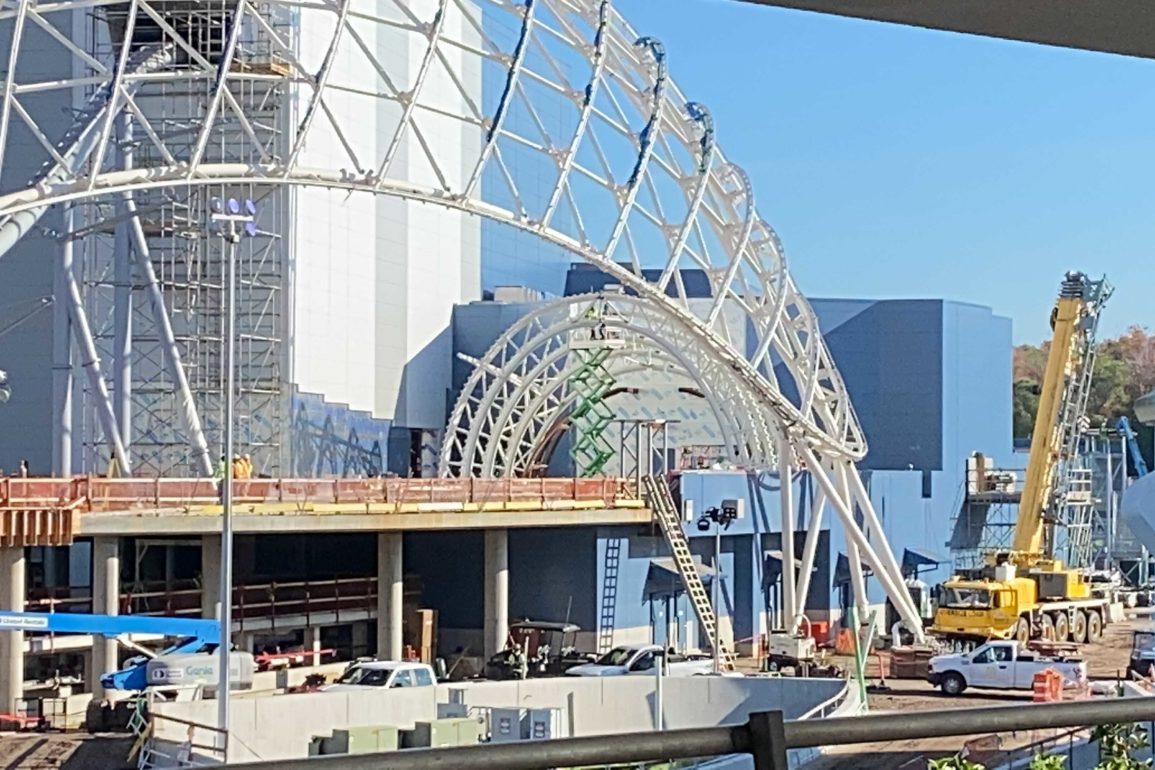 Greetings from the Magic Kingdom! With the construction of the illuminated canopy nearing completion, work on TRON Lightcycle / Run continues to move forward, with a new emphasis on the canopy guests will pass under as they enter the attraction.

Travelling by on the Tomorrowland Transit Authority PeopleMover, we can see that scaffolding is up on the portal that leads from the indoor to the outdoor portions of the ride.

The entrance canopy recently had some new additions put in place.

Under the illuminated canopy, work is underway on the path that winds past the attraction.

Little has changed since our last visit, but it does appear that the path has been smoothed out somewhat, which could suggest that paving might happening in the near future.

That being said, there’s still plenty to do before then, including finishing the part of the path closest to the entrance which still is currently an unfilled gap.

As we got closer to the entrance balcony, we can see that two new sections have been installed.

Large concrete barriers are in place around the border of Space Mountain, though it’s unclear if they will be removed or fortified prior to the new roller coaster’s opening.

Plenty of crew members and materials are onsite to help this attraction speed to the finish line.

Finally, as we round the corner, we can get a clearer look at the path being worked on.

Next
Star Wars: Rise of the Resistance Yet to Open Today at Disney’s Hollywood Studios