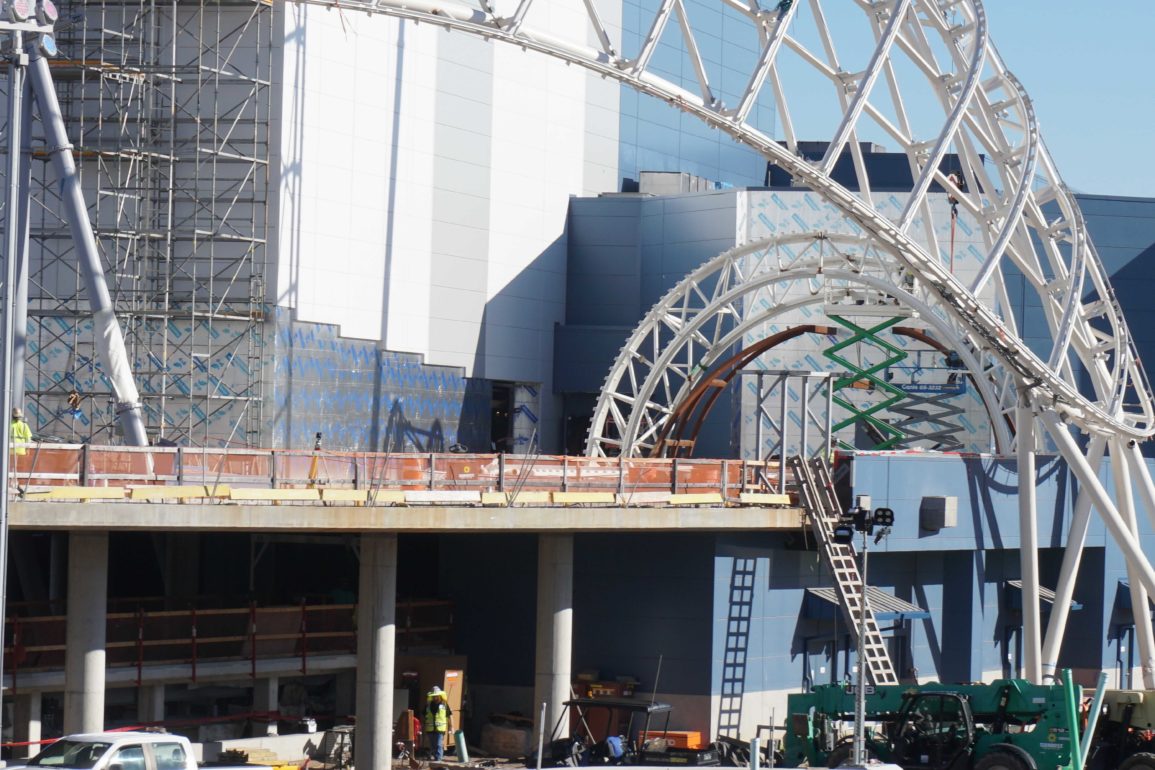 Construction on the exterior of TRON Lightcycle / Run in Magic Kingdom seems to be speeding back up, with work underway on the small entrance canopy.

A large crane towers above the construction site to lift pieces of the entrance into place.

From the PeopleMover, we have been able to see crew members working on the walkway that will wind around the coaster.

Several crew members were working on the large canopy framework this morning.

The blue netting is temporary until the final canopy is installed.

The canopy will light up as the coaster trains move beneath it.

New flat pieces were recently installed on one edge of the canopy framework.

Presumably, more of these pieces will be installed along the entire canopy edge before larger pieces are installed where the blue netting is.

No crew members were visible on the scaffolding today. It runs beneath the hole where the coaster will re-enter the show building.

We did see crew members on the bridge where guests will enter the attraction.

The small entrance canopy framework has grown and crew members were working on it today. Note that some paneling remains to be installed near the entrance as well.

The mysterious structure on the other side of the construction site now has some paneling creating outer walls. The blue paneling matches that on the coaster’s show building.

The structure is still mostly open, but it seems like it won’t be long until it’s fully enclosed.