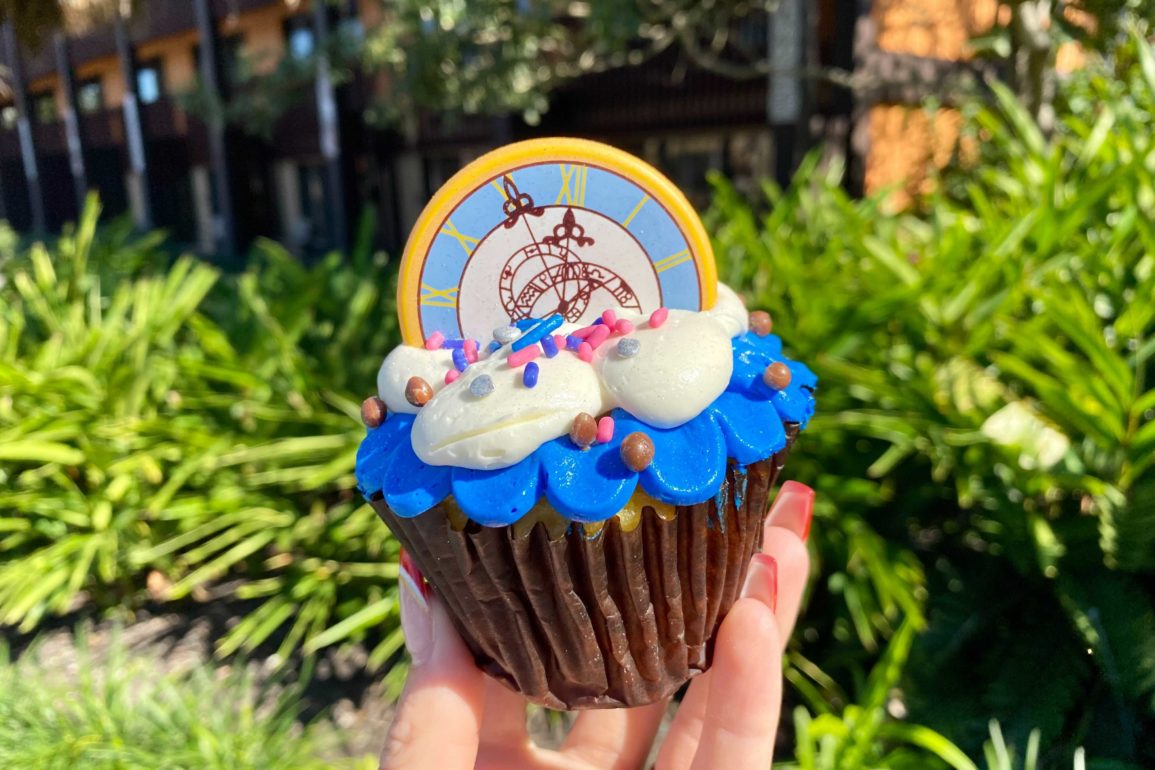 A new cupcake has arrived at Walt Disney World Resort for New Year’s Eve. This Stroke of Midnight cupcake resembles one we tried last year, but has different ingredients.

The cupcake is topped with a clock medallion inspired by the one in “Cinderella.”

The icing and the clock have iridescent glitter on them.

The buttercream was a standard vanilla buttercream. We appreciate that it’s not piled high with icing as sometimes happens with Disney cupcakes.

The blue buttercream leaves a weird taste, probably due to the coloring.

The actual cupcake was a bit dry but the vanilla flavor was there.

The popping chocolate pearls are rice crispy pearls, not pop rocks. They’re both on top of the cupcake and inside.

The pearls and the sprinkles give it a nice crunch.

The champagne mousse inside is a little too sweet for us.

All in one bite, it’s a decent cupcake, but nothing we would reach for again.