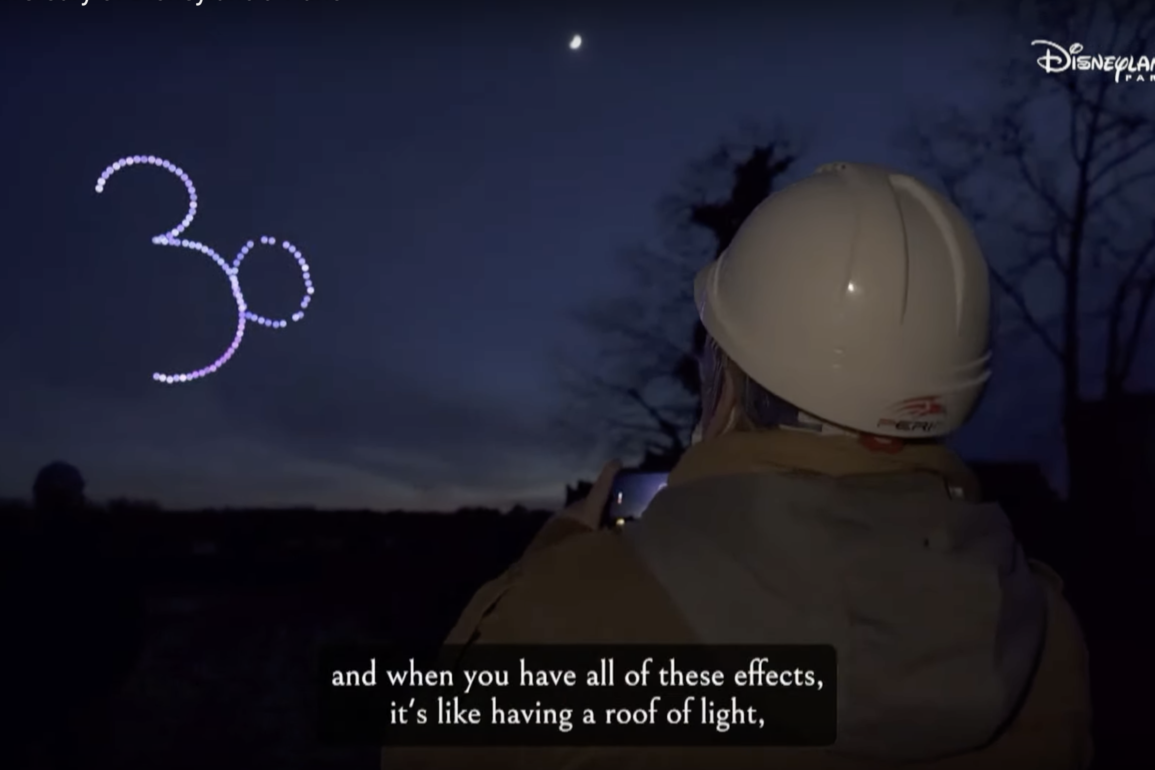 For the first time in any Disney Park, Disneyland Paris will make drones part of their nightly fireworks spectacular “Disney Illuminations” as part of the 30th Anniversary.

The new preshow, entitled “Disney D-Light”, will feature a fleet of two hundred drones forming the 30th Anniversary logo in the skies next to Sleeping Beauty Castle as part of a preshow tag to “Disney Illuminations”.

Disneyland Paris also released a new video detailing the creation of this new sequence, which you can watch below: