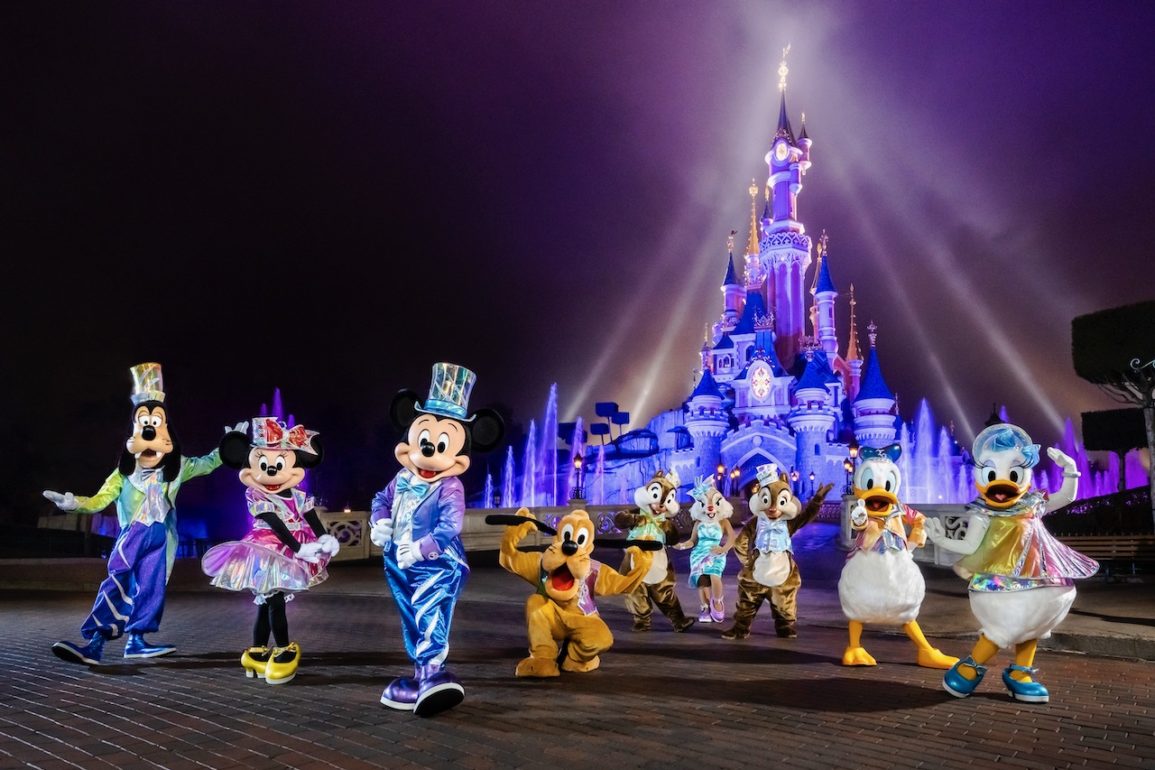 In their presentation this morning, Disneyland Paris revealed plenty of details about their 30th Anniversary celebration which kicks off in March, including character costumes and a special new daytime show taking place in front of Sleeping Beauty Castle.

While a name for the new show was not revealed, we do know that Mickey and his friends (thirty-three characters in total) will have a procession down Main Street U.S.A. before stopping in front of the castle to kick off the main portion of the show. The show will feature a new theme song as well as the special 30th Anniversary costumes designed exclusively for Disneyland Paris.

The costumes are extremely shiny and iridescent, with an almost plasticky look.

The video below shows off some of the details from Disneyland Paris’ Vice President of Entertainment David Duffy, as well as a look at the new costumes.

The resort also previewed their new theme song, entitled “Un monde qui s’Illumine”, which is part of that video above.

Are you excited for Disneyland Paris’ 30th Anniversary? Let us know in the comments below!