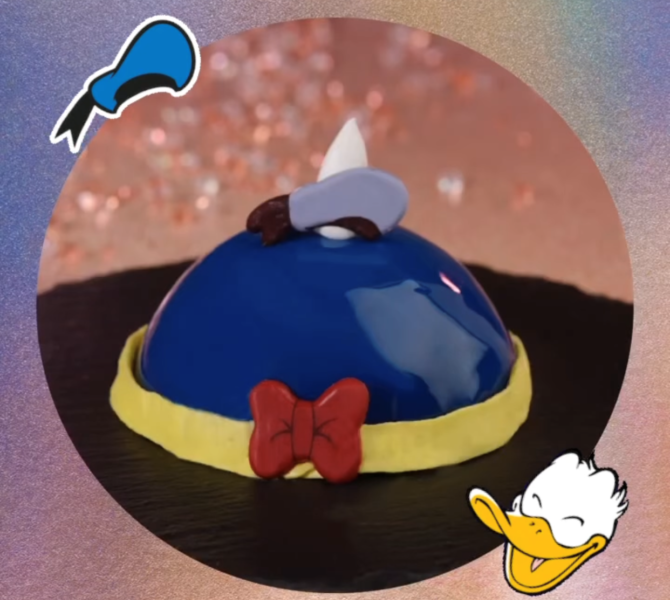 The latest treat coming to the Magic Kingdom for Walt Disney World’s 50th anniversary has been revealed, and it celebrates none other than Donald Duck!

The Donald Duck Dome Cake will debut at Gaston’s Tavern on Monday, January 10, replacing a similar Mickey Mouse Dome Cake, which is scheduled to leave on Sunday. The cake, which was revealed on Instagram, resembles Donald’s classic outfit, complete with a sailor hat, red bow tie, and a blue-and-yellow base.

This is the fourth item to be revealed among the nine new items coming to the park on Monday, which include the Anniversary Cinnamon Roll at Main Street Bakery and the Slue Foot Sue Fish Sandwich at Golden Oak Outpost. The Always Tea Time Slush was also announced for Cheshire Café, but with the restaurant seemingly closed for the season, it’s unclear if it will still be offered, or if it will debut at a different location.

Meanwhile, fans have been asked if they’d like to see a sweet or savory item revealed next, with emojis for pizza and ice cream included. Currently, “savory” seems to be leading the vote.