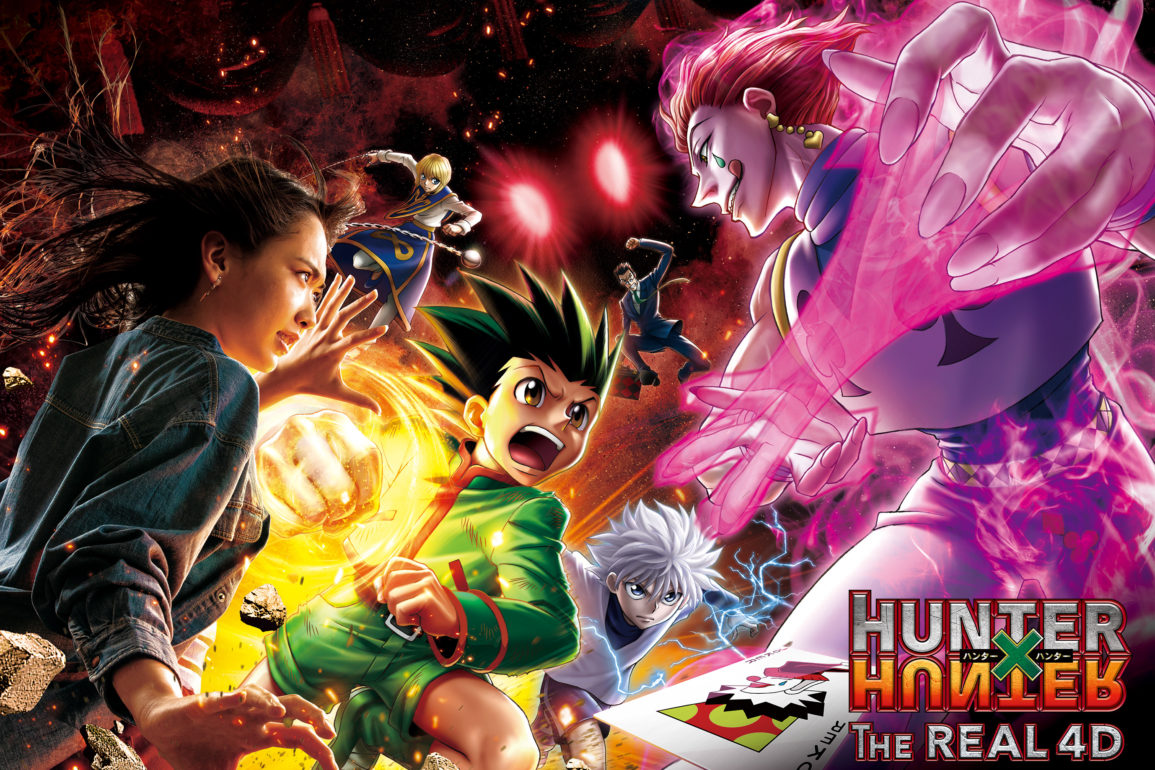 Last month, Universal Studios Japan announced that their next collaboration for Cool Japan 2022 would be a Hunter × Hunter-based attraction. While most were expecting yet another XR ride overlay to Space Fantasy: The Ride, the park has instead surprised us with the return of 4D theater shows with Hunter × Hunter: The Real 4D coming to the park starting March 4!

The show will be the first reopening of the Cinema 4D space in over two years. The theater, home normally to Shrek 4D Adventure and Sesame Street 4D Movie Magic, has been closed since February 29, 2020 when the park shut down for the COVID-19 pandemic.

The new collaboration features powerful and high quality 3D video, seat movement, water splashes, and other special effects that will make guests feel as if their whole body is involved in the story, experiencing unpredictable battles where the powers of Nen collide in an ultra-realistic way.

Hunter × Hunter: The Real 4D features an original story with Gon, Killua, and Kurapika the series’ protagonists, infiltrate a mafia auction before facing off with series antagonist Hisoka, a mysterious and deadly transmuter.

Universal Studios Japan did not specify how long the film is or whether performances of Shrek 4D Adventure or Sesame Street 4D Movie Magic would run in tandem, which the park has gone either way on in the past. We do know that Cool Japan 2022 along with Hunter × Hunter: The Real 4D will run from March 4 through August 28 at Universal Studios Japan, so be sure to check it out on your next trip to Osaka!