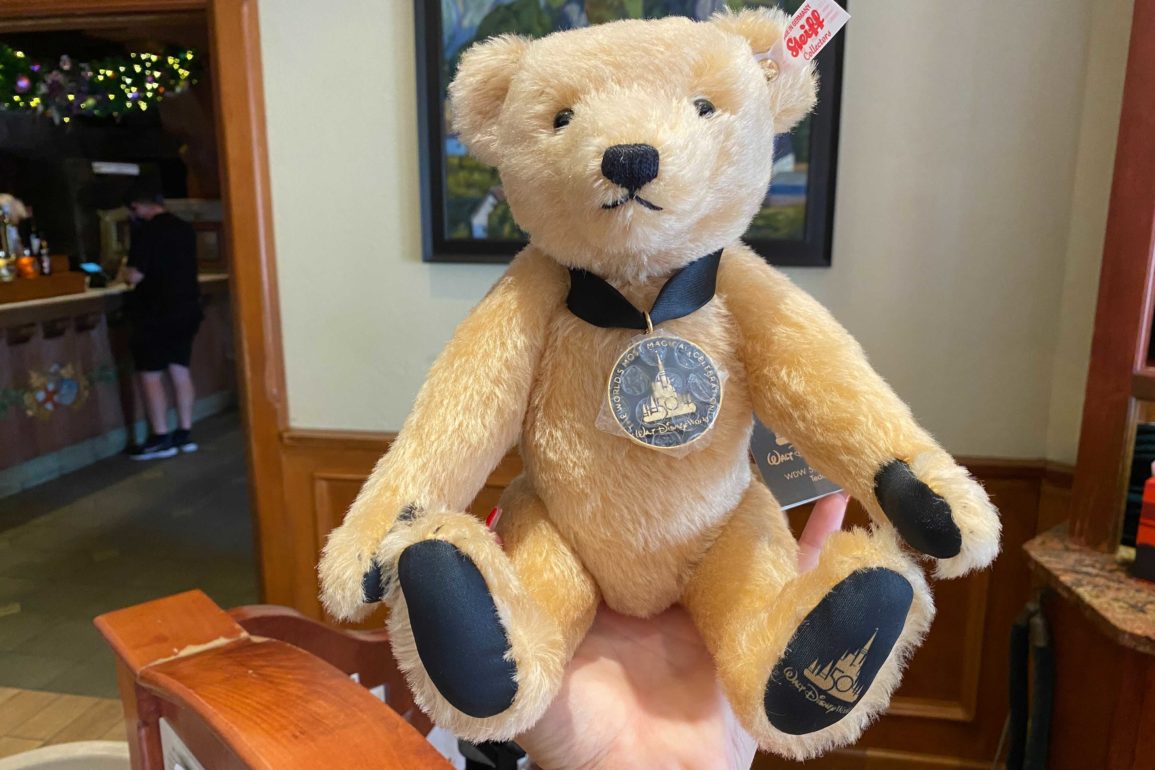 The onslaught of Walt Disney World 50th Anniversary merchandise never ends during The World’s Most Magical Celebration, and we have a look at the newest addition to the Luxe Collection family—a Steiff teddy bear!

Take a trek over to Stein Haus in the Germany Pavilion at EPCOT, home country of Steiff. The esteemed teddy bear makers have worked with Disney many times in the past, most recently to create a special Duffy the Disney Bear for Tokyo DisneySea’s 20th Anniversary.

The bear is about half and half between mohair and cotton, and is a light gold color with black paws and feet.

It comes in this box, which is in a black and gold color scheme for the Luxe Collection with the Steiff logo and slogan on top, and the Walt Disney World and 50th Anniversary logos wrapped around the sides.

Its left ear features the trademark Steiff button and tag that marks him as genuine.

Draped around its neck is a black lanyard holding a black and gold medallion. The medallion features the Walt Disney World 50th Anniversary logo with “The World’s Most Magical Celebration” wrapped around the edges.

We found this at Stein Haus, but it’s a limited edition of only 1000 so better get down to the Germany Pavilion at EPCOT before they’re gone. And let us know in the comments what you think of this adorable new bear!

Next
VIDEO: Another Guest Fight Caught on Camera at Walt Disney World, This Time in Toy Story Land