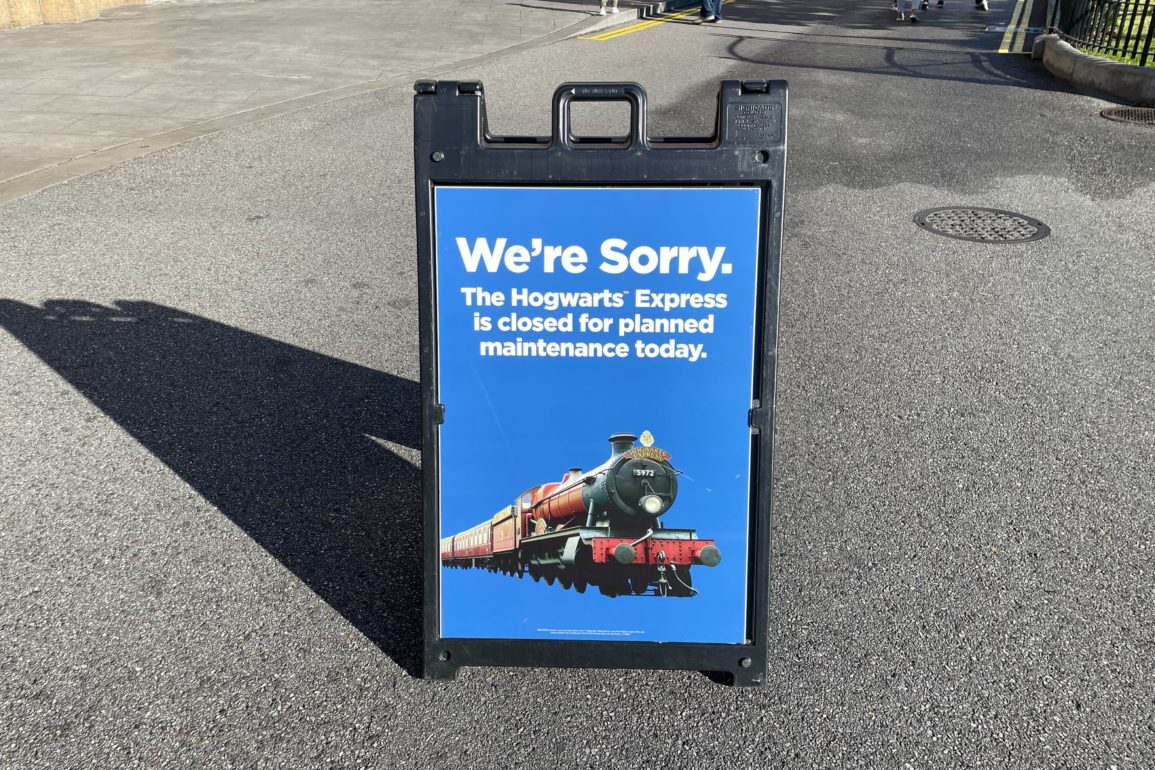 The Hogwarts Express at Universal Orlando Resort is closed for the fourth day in a row. Team Members are telling guests it will be closed for the rest of the week and possibly into next week.

We spoke to a Team Member at King’s Cross Station in Universal Studios Florida, who said it would be closed until at least Saturday, January 22, and maybe beyond that.

Despite what the sign outside the station says, this does not seem to have been a planned maintenance closure. It’s possible that a part for the train unexpectedly broke and is being shipped.

The Hogwarts Express is a convenient way to travel between Universal Studios Florida and Universal’s Islands of Adventure, connecting the two Wizarding World of Harry Potter lands.