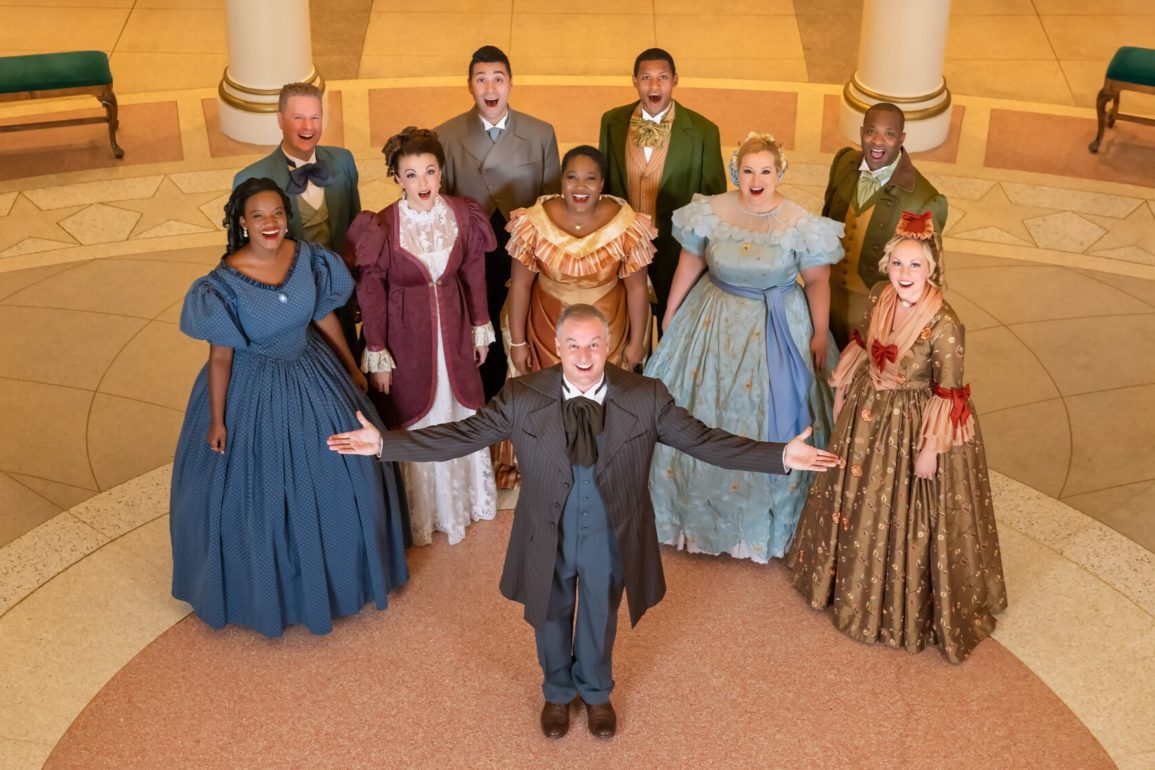 Since the Voices of Liberty a capella group returned to EPCOT in November 2020, they have performed outdoors in the America Gardens Theatre in The American Adventure Pavilion of World Showcase. And now for the first time since March 2020, they will once again return to the rotunda they’ve called home since 1982!

According to an Instagram post from group member Kelly Morris Rowan, the Voices of Liberty will move back indoors to the rotunda of The American Adventure starting this Sunday, January 9. The group did not return initially when Walt Disney World reopened in July 2020, making their return later that year in November to the America Gardens Theatre to better accommodate physical distancing. During that time, their repertoire has deviated from patriotic standards to “the Disney songbook”, featuring a number of classic Disney songs both old and new.

The Voices of Liberty make their return performance inside the rotunda of The American Adventure at 12:00pm on Sunday, January 9. Are you excited to see the group return to their original home? Let us know below in the comments!