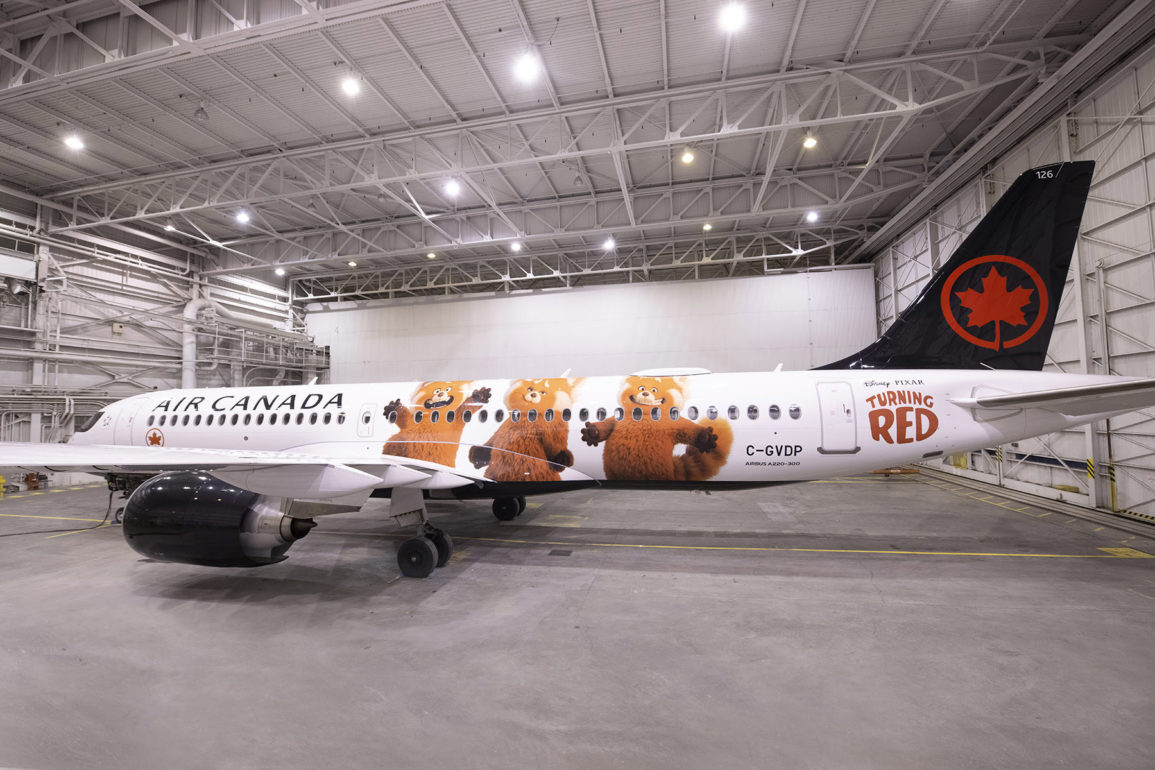 Air Canada will be promoting the film Turning Red through a themed livery that will fly across the country on a Canadian built Airbus A220. (CNW Group/Air Canada)
Home
Entertainment & Media

Air Canada is celebrating the upcoming Disney+ release of Disney-Pixar’s “Turning Red” with a plane themed to the movie.

The upcoming film is set in Toronto and directed by Academy Award-winning Canadian director Domee Shi.

Shi expressed her joy at the plane’s makeover by declaring herself “stoked.”

Shi also stated, “I made Turning Red a love letter to Toronto and everything Canadian, and now to see the film celebrated on the airline that literally brought my family and me over from China when I was little is especially meaningful to me. I cannot wait for Canadian audiences and people around the world to see the film, and hopefully, fall in love with Canada just like I have.”

Air Canada announced that Canadian residents can compete for one of 5 prize packs to attend the film’s premiere on March 8. The contest starts today and goes through February 20, 2022. Canadian fans can enter the contest here.

You can see the plane’s transformation in the video below.

Are you excited about the new film? Let us know in the comments.