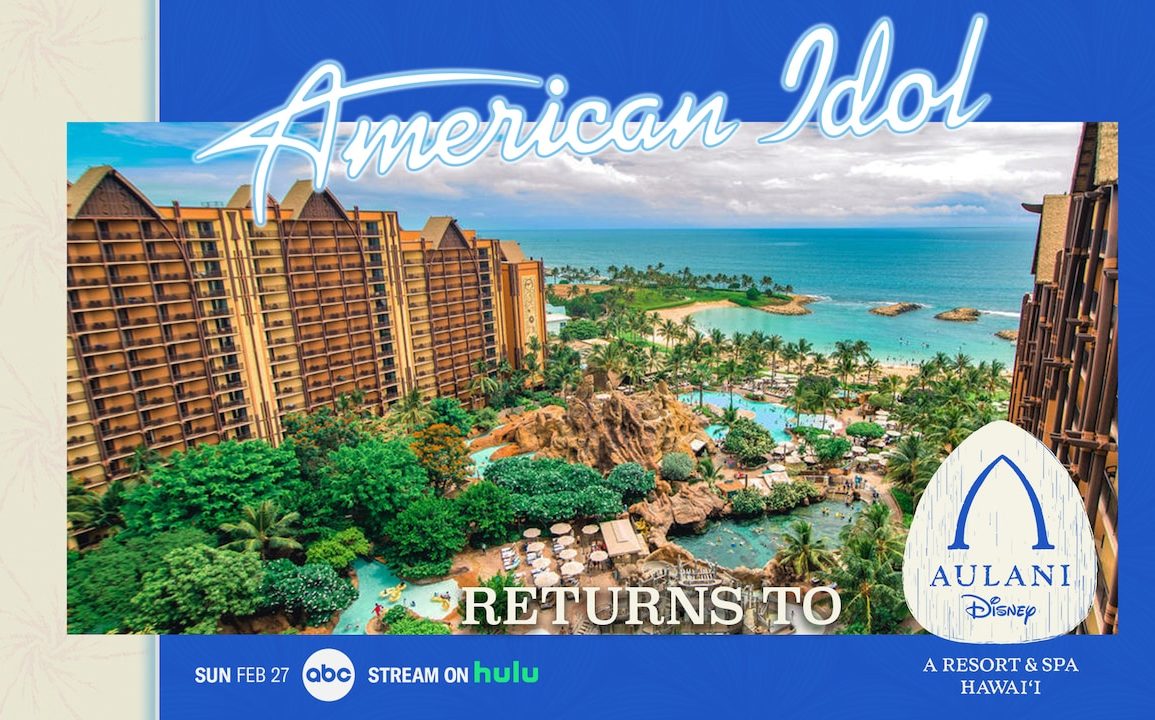 “American Idol” is returning to Aulani, A Disney Resort & Spa this season for two special episodes. The 20th season of “American Idol” will premiere on Sunday, February 27, 2022. Read more information from Disney below.

After earning their chance to become America’s next superstar in Hollywood, American Idol contestants will journey to Oahu to hone their craft under the guidance of celebrity mentors as they prepare to showcase their vocal skills during a concert on Aulani Resort’s beach.

But, it will not be all work. Between coaching sessions and performing, the contestants will have time to explore all the incredible experiences that Aulani Resort has to offer. They will dine on culinary delights including Mickey Shave Ice, traditional island cuisine and sushi. And, the lush surroundings on 21 oceanfront acres are sure to provide inspiration for the up-and-coming artists. Of course, the sprawling Waikolohe Valley pool area is always a favorite among activities for American Idol contestants. Here they can admire the view from a quiet infinity-edge pool, float along a lazy river, splash down water slides and more.

The upcoming episode will feature the American Idol all-star judges Luke Bryan, Katy Perry and Lionel Richie, along with Emmy-winning producer and host Ryan Seacrest, and celebrity mentors, as they coach and critique contestants competing to become the next American Idol.