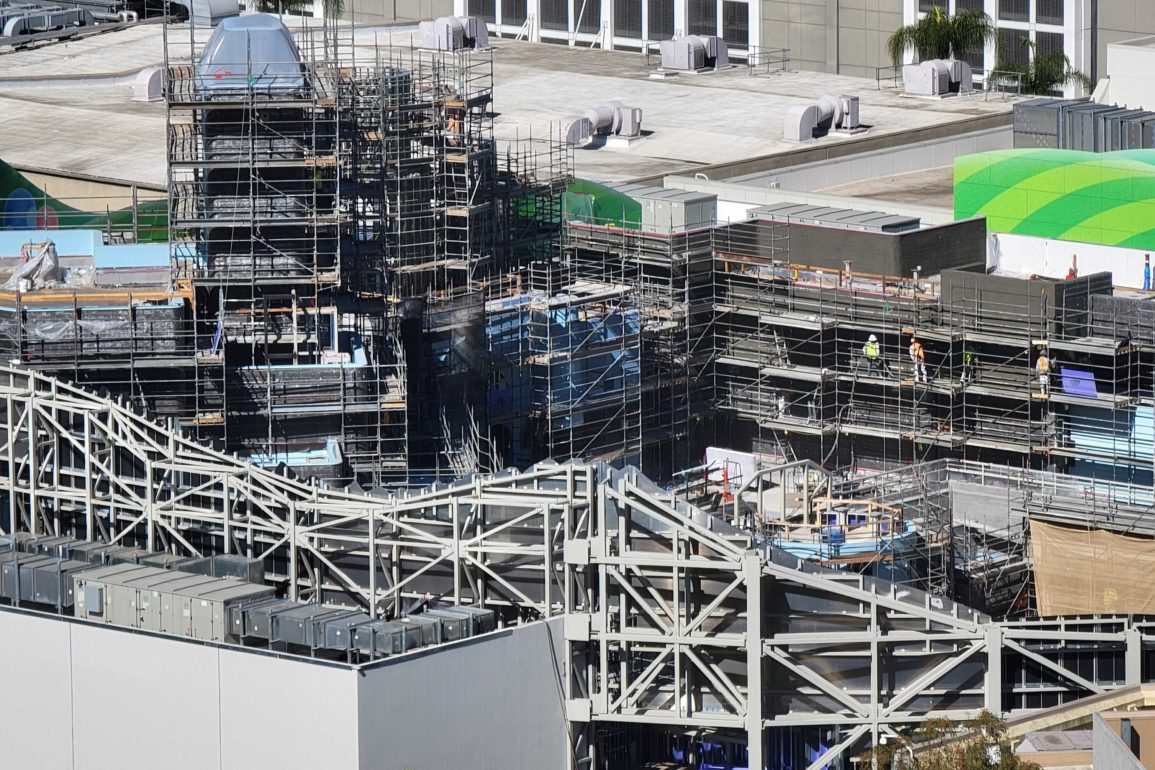 Super Nintendo World is visible from the escalators between the Upper Lot and Lower Lot.

During our last update, we noted that most of the structures of the land had been covered with weather-resistant purple sheathing and then a layer of blue paneling. They are now covered in black paneling.

Some blue paneling still peeks through in various sections.

There is now a flat pyramid shape atop the tower, which is the tallest point of the land.

Some brown tarps hang over a few areas, blocking the view but also protecting workers from the sun.

One crew member was atop a new structure in the right corner of the land, among the green hills.

Guests will enter Super Nintendo World through a tunnel near Transformers: The Ride 3-D.

Are you excited to visit Super Nintendo World? Let us know in the comments.