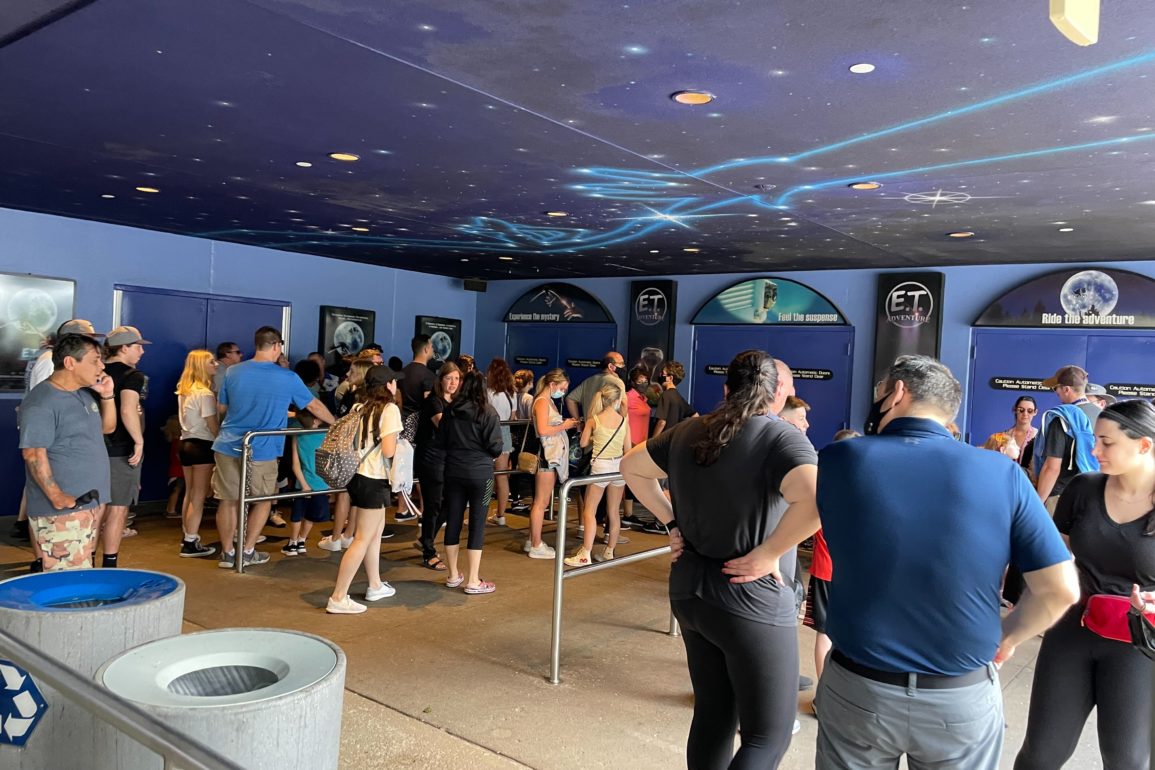 Earlier this month, we reported that two-thirds of the E.T. Adventure pre-show room was blocked with tarps while the ceiling was refurbished. The refurbishment is now complete and all three doors to the pre-show are now being used.

Guests are split into three different groups to enter the pre-show.

The ceiling before the pre-show is a mural of E.T. and Elliott’s fingers touching surrounded by stars.

Guests remain separated by railings in the actual pre-show room, where they watch a video hosted by Steven Spielberg.

There are white ceiling tiles in this room and the next, which Team Members had told us were broken and coming loose.

The large “E.T.” poster in this room is visible again.

The final room before boarding the ride is where guests pick up the card they use to board.

All three stations are open once again.

The film stills on the far wall are also uncovered.

Previous
Spring is in the Air at Tokyo Disney Resort from April 1 to June 30 with Disney Easter, Springtime Decor & Merch, and More