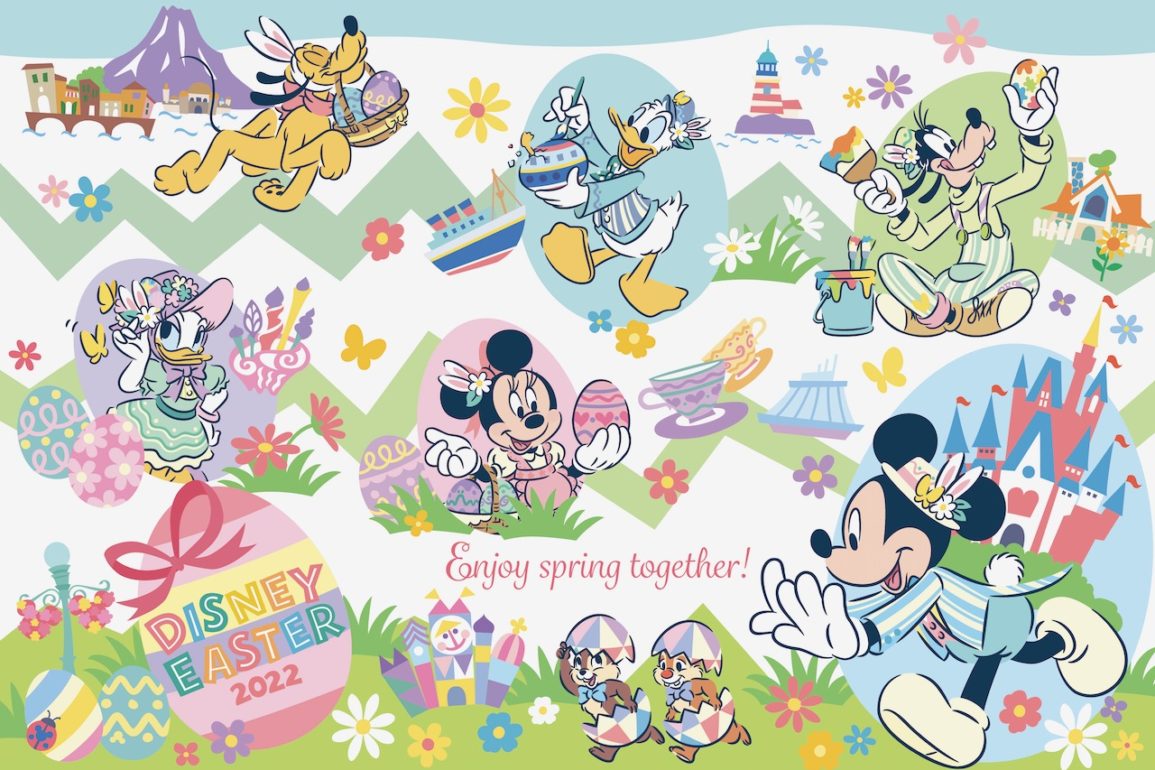 Spring is in the Air at Tokyo Disney Resort from April 1 to June 30 with Disney Easter, Springtime Decor & Merch, and More

Springtime’s almost here at Tokyo Disney Resort, and there’s so much to celebrate the season as its first real seasonal event since 2020 approaches, with special plans for food, merchandise, decor, and entertainment have been announced! Let’s take a look at everything planned for springtime at Tokyo Disneyland and Tokyo DisneySea from April 1 to June 30.

As we first revealed last month, Tokyo Disneyland will once again host the wacky “Usatama on the Run” parade. This goofy parade features Mickey and the Disney friends as they try to rally up the Usatamas, eggs with bunny ears who love to wreak havoc around the park. Mickey and plenty of Disney characters have become “Usatama Chasers, whose goal is to catch the miscreant egg-bunnies before they destroy the park!

The parade will be presented once daily with all seven of its original floats, but in an otherwise altered form to prevent the spread of COVID-19, with no show stop and new costumes for Mickey and Minnie.

Merchandise will also be available starting March 31 with new art featuring Mickey, Minnie, Donald, Daisy, Goofy, and Pluto enjoying their time around the resort together.

Special food, snacks, and drinks are set to be available. You can check out the full menus here on WDWNT.

Buzz Lightyear’s Astro Blasters will also add a special version with more targets to allow guests to earn more points in ASTRO HERO TIME, which runs from April 1 to August 31.

The massive 9-piece Little Green Man mochi will be offered again at Pan Galactic Pizza Port for the first time since 2020 to commemorate.

To celebrate springtime, one of the passages in Mediterranean Harbor will be covered in new springtime decor featuring flowers strung around buildings, flower pots, and new decals on the walls.

Merchandise will also be available themed to some of the smaller Disney friends like Chip ‘n’ Dale starting March 31.

Just like at Tokyo Disneyland, new food to commemorate the spring season will be added as part of the Seasonal Taste Selections offering during the Tokyo DisneySea 20th Anniversary “Time to Shine!” event. You can see full details on everything new here on WDWNT.

And as always, Tokyo Disney Resort will offer a special commemorative Disney Resort Line free pass for one to four days at all four stations.

Are you excited for springtime at Tokyo Disney Resort? Let us know in the comments below!