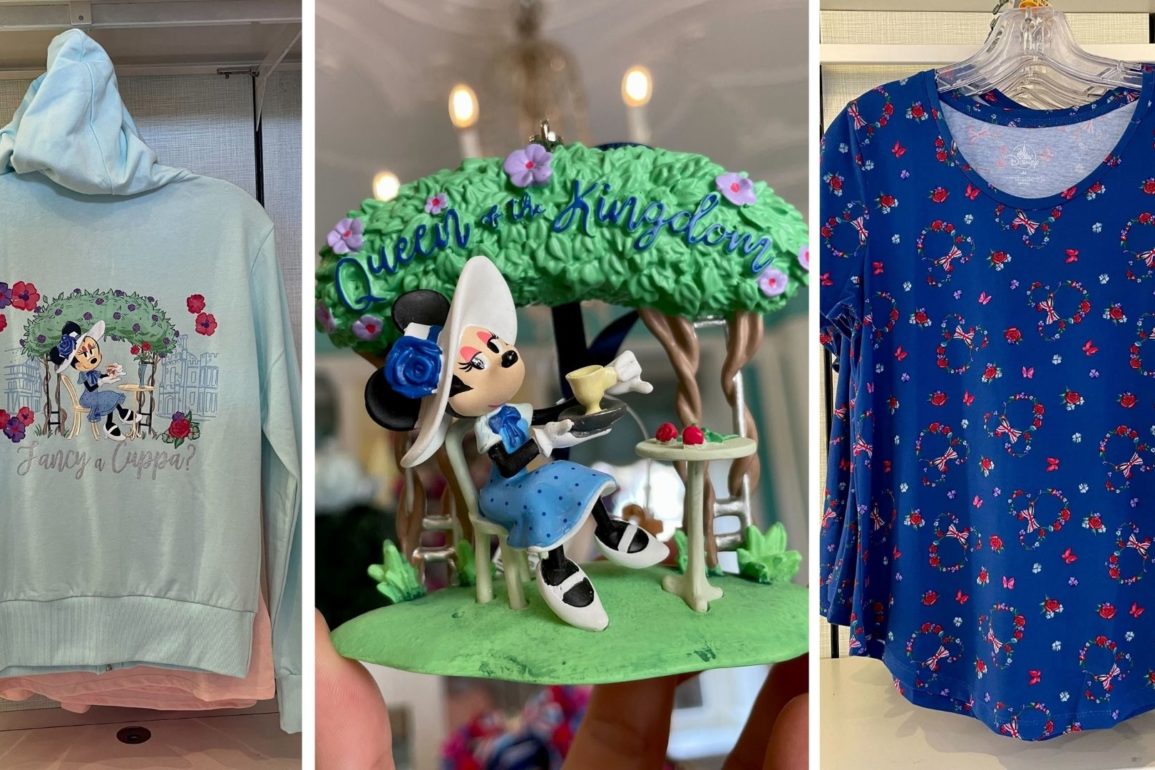 Just the other day, the new United Kingdom floral collection debuted at EPCOT. And we found a couple of more new items today, as well.

We found this pretty light-blue zip up sweatshirt.

On the left breast, there is a Minnie Mouse head, with a Union Jack bow, made out of flowers with “United Kingdom” in the middle in blue cursive lettering.

It has two pockets in the front.

The inside of the hood has a light pink lining with a pattern of the floral Minnie Mouse heads.

And on the back is an image of Minnie Mouse dressed in a blue dress, enjoying a cup of tea. Underneath her, it says “Fancy a Cuppa?” in glitter silver lettering.

There is also this new navy blue blouse with the Minnie Mouse head pattern all over it.

And we also found this new Minnie Mouse ornament.

The ornament is the same image of Minnie from the back of the sweatshirt.

She is sitting in a garden, enjoying a cup of tea.

At the top of the ornament, it says “Queen of the Kingdom” in blue cursive lettering on top of a tree.

Will you be picking up anything from this new collection? Let us know in the comments!