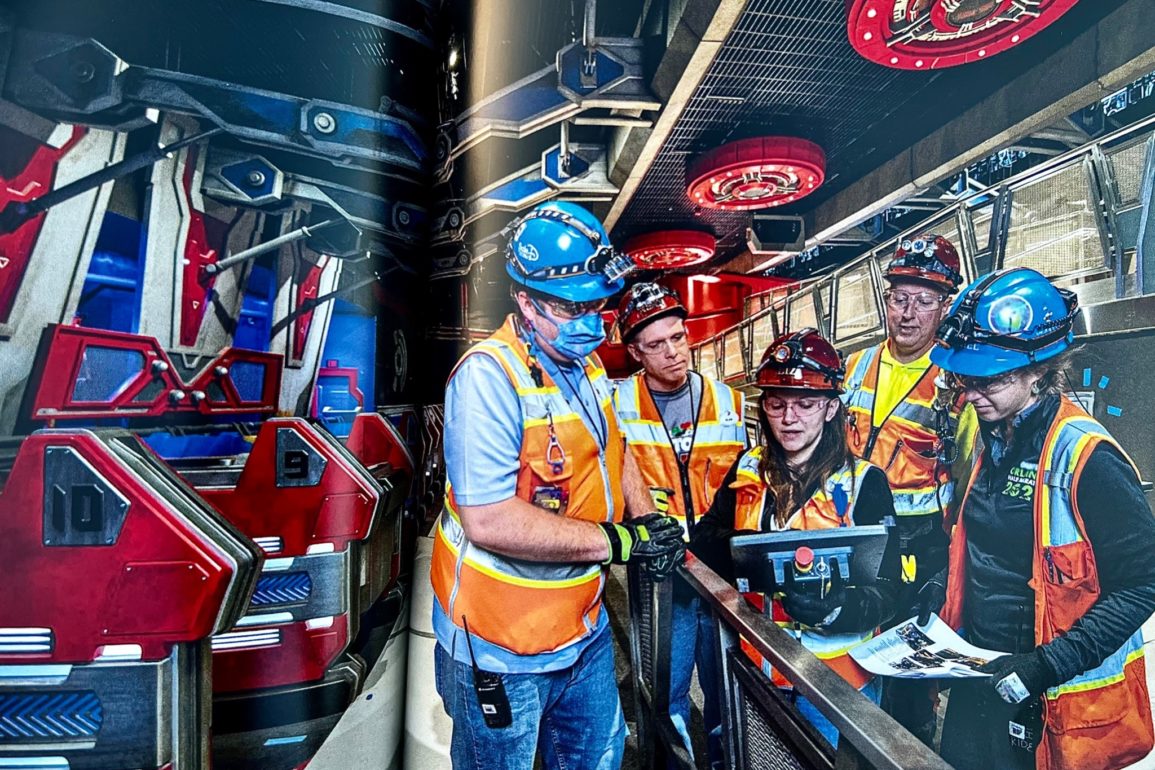 New Concept Art and Photos Show Off the Load Area for Guardians of the Galaxy: Cosmic Rewind at EPCOT

New concept art and photos for the Guardians of the Galaxy: Cosmic Rewind coaster offer a new look at the load area and ride vehicles for the upcoming attraction.

Concept art depicts the load area for Guardians of the Galaxy: Cosmic Rewind. In a similar style as WEB SLINGERS: A Spider-Man Adventure at Disney California Adventure, the load platform is long with many bays. Even though the two attractions have some visual similarities, Cosmic Rewind will not be part of the Avengers Campuses across the world. This is due to a contract conflict with Universal Orlando Resort, who hold the theme park rights to the Avengers characters at any property east of the Mississippi River. This contract was enacted in the 1990s and is set to continue “in perpetuity.” A multilevel switchback queue is also visible to the right-hand side.

The Imagineers are putting the finishing touches on this ride, which is expected to open around the end of May 2022. Check out our latest construction update here.

Are you excited about this new attraction coming to EPCOT? Let us know in the comments.